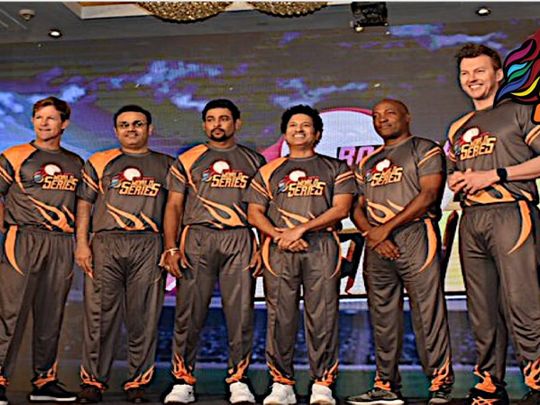 New Delhi: Iconic former India captain Sachin Tendulkar will not be a part of the Road Safety World Series tournament’s second edition involving retired international cricketers which has run into rough weather with several participants complaining of unpaid dues from the first season.

Tendulkar, who played for the India Legends, which won the tournament in the first edition, also hasn’t got his full payment for the season and has now decided to dissociate himself from the project altogether. Sachin Tendulkar was part of the India legends team that won the inaugural edition of the Road Safety World Series. PTI

It is being reported in Bangladesh media that a lot of top former players from the country, including Khaled Mahmud ‘Sujon’, Khaled Mashud ‘Pilot’, Mehrab Hossain, Rajin Saleh, Hannan Sarkar, and Nafees Iqbal haven’t been paid any money so far.

Tendulkar was also the ‘Brand Ambassador’ of the tournament’s first edition. Sunil Gavaskar was the commissioner of the event.