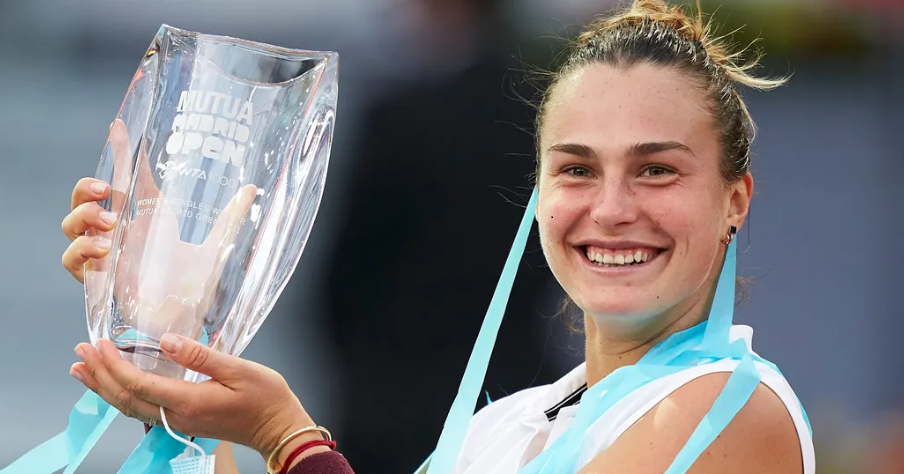 On a windy day in Madrid, Sabalenka’s first set shotmaking was nothing short of sensational as she combined her trademark big hits from the baseline with deft dropshots to leave the Australian reeling, serving it out inside 25 minutes.

The world number seven had not dropped a set coming into the final and after threatening to run away with the title, Barty finally broke her momentum by breaking in the first game of the second set.

Barty failed to hold on to that advantage but showed her depth of talent to break again and send the match into a decider. Both players held serve until Sabalenka broke Barty to love to go 5-4 up before serving out to secure the win.