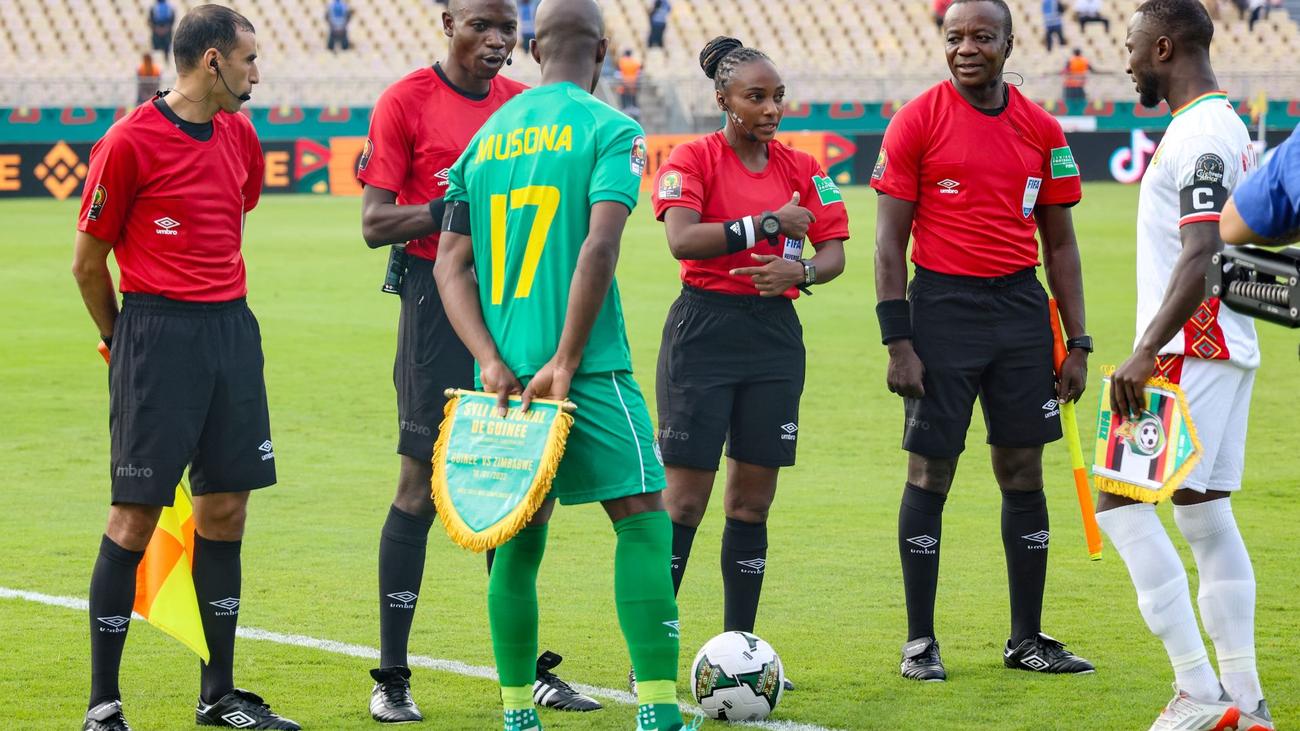 Rwandan Salima Mukansanga became the first woman to referee an Africa Cup of Nations match when she oversaw the Group B clash between Guinea and Zimbabwe in Yaounde on Tuesday.  On Monday, a Confederation of African Football (CAF) statement said Mukansanga would handle the match with two female assistant referees, Carine Atemzabong of Cameroon and Fatiha Jermoumi of Morocco.

However, when the officials entered the pitch for the match at Stade Ahmadou Ahidjo in the Cameroonian capital, both assistant referees were males.

CAF did not immediately explain why the assistant referees were changed.

Mukansanga created history after the previous 32 editions of the flagship African tournament from 1957 were refereed exclusively by men.

Previously the Rwandan was the fourth official when Guinea defeated Malawi on January 10 in Bafoussam.

“We are super proud of Salima because she has had to work exceptionally hard to be where she is today,” said Confederation of African Football (CAF) referees’ boss Eddy Maillet from the Seychelles.

“We know that as a woman she had to overcome serious obstacles to reach this level and she deserves a lot of credit.

“This moment is not just for Salima, but every young girl in Africa who has passion for football and who sees herself as a referee in the future.”

Leaders Guinea need one point to seal a second-round place while Zimbabwe are playing for pride having been eliminated after two losses.