Russia expects half or full stadium for Euro 2020 games. 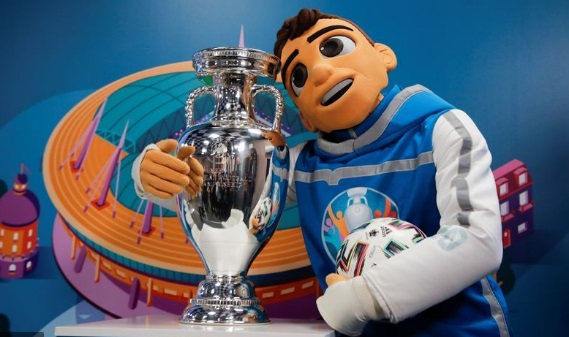 Moscow, 25th March 2021 ): Coronavirus restrictions will be “minimal” for Euro 2020 matches this summer at Saint Petersburg Stadium, which will be filled to 50 percent capacity, Russia’s tournament organizing committee said Thursday.

The delayed European championship is set to take place across the continent between June 11 and July 11.

UEFA this month suggested it wanted spectators to attend matches and that any of the 12 host cities that banned fans could be dropped from the tournament.

“We are looking optimistically at the Euros. We already have an agreement to fill the stands to 50 percent capacity,” the Russian committee’s director Alexei Sorokin was cited by the state-run RIA Novosti news agency as saying.

“We are working to welcome foreign supporters and this has not been rejected by the authorities,” he added, saying he was sure matches could be played “with the minimum of possible restrictions”.

Host cities have until April 7 to let UEFA know what their scenarios are in terms of attendance ahead of an executive committee meeting on April 19, on the eve of the federation’s annual congress in Montreux.

The Saint Petersburg Stadium has a capacity of 61,000 seats.

It is expected to host three Group B matches — Belgium v Russia, Finland v Russia and Finland v Belgium, as well as one quarter-final.

Russia has lifted nearly all epidemiological measures against the coronavirus, with health authorities saying that the worst of the pandemic passed over the winter.

The country did not reimpose a national lockdown when the second wave of infections surged in the fall, instead prioritizing the economy.

Official data has shown that Russia has seen more than 200,000 virus-related deaths — double the daily count published by an official coronavirus tally.

Russia’s borders have been closed for about a year to almost all foreigners.

RUSSIA BREAK WINLESS STREAK WITH 3-1 WIN OVER MALTA IN WORLD CUP QUALIFYING
India marked their return to international football after 492 days India rallied from a goal down to draw 1-1 against Oman.