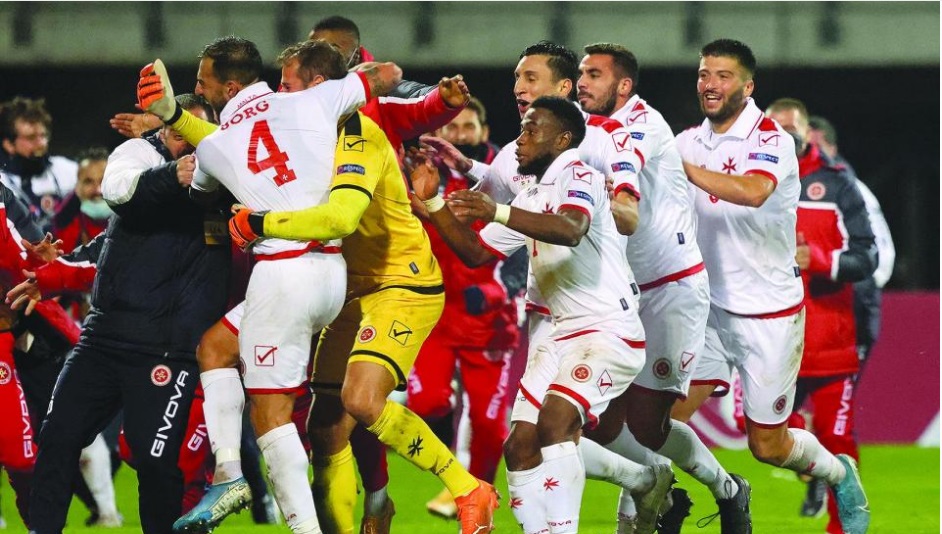 Russia beat Malta 3-1 on Wednesday, ending a six-match winless streak, to kick off their 2022 World Cup qualifying campaign. Captain Artyom Dzyuba opened the scoring in the 23rd minute of the Group H match at Malta’s Ta’Qali National Stadium with a low drive from the center of the box.

Brazilian-born Mario Fernandes put Russia up 2-0 at halftime with a drive from the right side of the box that breezed under Maltese goalkeeper Henry Bonello’s left arm in the 35th minute. Substitute Alexander Sobolev added another goal in the final minutes of the match.

Malta’s Joseph Mbong had narrowed Russia’s lead in the 56th minute by beating goalkeeper Anton Shunin with a strike under the crossbar.

Russia, hosts of the 2018 World Cup, next face Slovenia on Saturday while Malta will take on Slovakia.

If they qualify for the 2022 World Cup in Qatar, Russia will compete without their flag or anthem as part of a punishment for Moscow providing doctored laboratory data to international anti-doping authorities.

After a long wait, FIFA World Cup Qatar 2022™ qualifiers finally kicked off in the UEFA and Concacaf zones on Wednesday. There were some surprising scorelines in Europe, with France held 1-1 at home by Ukraine, Croatia losing to Slovenia, and Turkey outgunning three-time World Cup runners-up the Netherlands. There were also important wins for Serbia and Belgium.