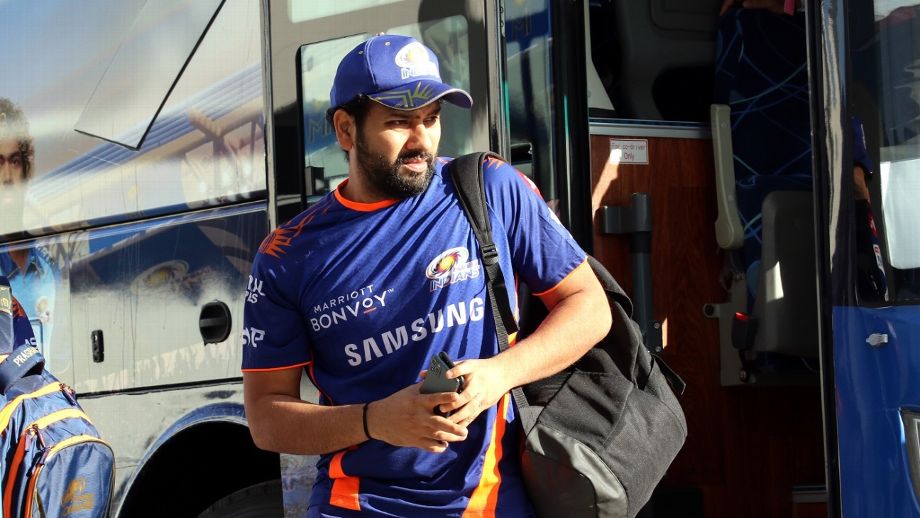 Rohit Sharma‘s omission from the India squads for the three formats on their tour of Australia next month has raised questions over his participation in the remainder of this IPL season. At the same time, though, it does not imply the door is shut on his playing at some stage of the tour.

While the BCCI’s media release with the squad details merely said its medical team would “continue to monitor [Sharma’s] progress”, there was no word about any possible injury. Neither has there been any official statement from Mumbai Indians – of which he is captain – on whether or not he will play the rest of this season.

He has not played for Mumbai since the defeat against Kings XI Punjab on October 18. Minutes before the toss in their last match, against Chennai Super Kings on October 23, Mumbai issued a statement saying Sharma had ” suffered left leg hamstring strain” against Kings XI.

Around the time the BCCI announced the squads, though, Sharma was attending Mumbai’s training in Abu Dhabi, where he batted for the first time since the injury. The franchise tweeted a picture of Sharma at the nets within a couple of hours of the squad announcement, and a video of him “in full flow” around an hour later.

This lends credence to the growing belief that Sharma could play later on in this IPL season – and, indeed, in Australia. In fact, though neither Mumbai nor the BCCI have revealed the severity of Sharma’s injury, it is understood the player has been cautioned by the board’s medical team to not take any chances because it would impact his availability for the Australian tour.

The BCCI medical team’s caution is understandable because this is the second time Sharma has injured his left leg. In February Sharma was forced to return home from New Zealand after tearing his left calf muscle during the T20 leg of that series.

All of this has, however, created an air of uncertainty over his fitness status and prompted some criticism. Sunil Gavaskar, speaking on Star Sports, called for “transparency and openness”, while pointing out that Sharma wouldn’t be batting in the nets if the injury was serious. “A bit of transparency and openness about what kind of injury he has will help everybody, because the Indian cricket fans deserve to know,” he said.

“I understand the franchises don’t want to give their hand away because they want to win the game and don’t want the opposition to gain any psychological advantage [but] we are talking about the Indian team.”

Sharma had sustained the injury in the match against Kings XI, which had gone into a second Super Over. Sharma had batted in the first Super Over, but was pinned down by Mohammed Shami, who bowled five yorkers to concede two runs and help Kings XI defend the five-run target. It was while completing a tight single off the penultimate delivery of that over that Sharma is understood to have injured his hamstring. He did not return for the second Super Over, with Kieron Pollard taking charge then, and since, then as the Mumbai captain.

That same Mumbai statement said Sharma was making “good progress” but he watched Mumbai’s most recent match, against Rajasthan Royals on Sunday, from the sidelines.

In August, Sharma admitted that it would be challenging for him to return to cricket in the IPL after a six-month break owing to the Covid-19 pandemic. And it has not been easy for him: he has scored 260 runs while opening in nine matches with two fifties and a strike rate of 129.

Mumbai, the defending champions, currently lead the points table and are favourites to make the playoffs which will be played between November 5-10.