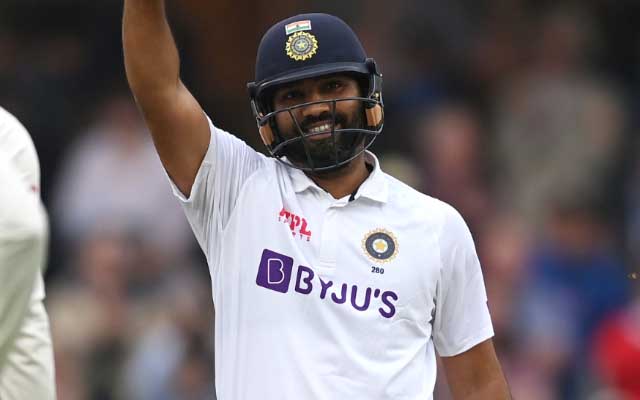 Rohit Sharma was on Wednesday appointed captain of Team India in one-day internationals, taking over from Virat Kohli. The opening batter was also appointed vice-captain in Tests, replacing Ajinkya Rahane. Rohit had been appointed captain of the T20I team last month, for the home series against New Zealand. press had reorted earlier that a complete change of guard in white-ball cricket was imminent.

BCCI announced the decision along with the 18-member squad for the upcoming three-match Test series against South Africa, with the first Test starting in Centurion from December 26.

The 18-member squad for the Test matches will be led by Virat Kohli and Rohit will be his deputy. Ajinkya Rahane, whose performance with the bat has been under scanner for a while, has been included in the squad.

KL Rahul, who missed the home series against New Zealand due to injury, is back and so are the likes of Rishabh Pant, Mohammed Shami, Shardul Thakur and premier paceman Jasprit Bumrah, all of whom were rested for the two-match series against the Kiwis.

Both Ravindra Jadeja and Axar Patel along with opening batter Shubman Gill were not selected due to injuries. Off spinner Jayant Yadav retained his position along with Ravichandran Ashwin. Wriddhiman Saha is the back-up wicket-keeper after a good series with both bat and gloves against the Kiwis, while Hanuma Vihari has made a comeback to the squad after a good outing with the India A team on the recent tour of South Africa.

Rohit taking over the reins in white-ball cricket could be a move aimed giving him a fair chance to build a team ahead of the ICC World Cup at home in 2023. This brings the curtains down on Kohli’s era as captain of the ODI team, which has been an exceptionally successful period for the team, apart from the fact that he failed to win any big ICC trophy.

Kohli captain the team to the final of the ICC Champions Trophy in 2017 and the semi-final of the ICC World Cup in 2019. He has 70 percent win ratio in ODIs, winning 65 of the 95 matches he led the team in.