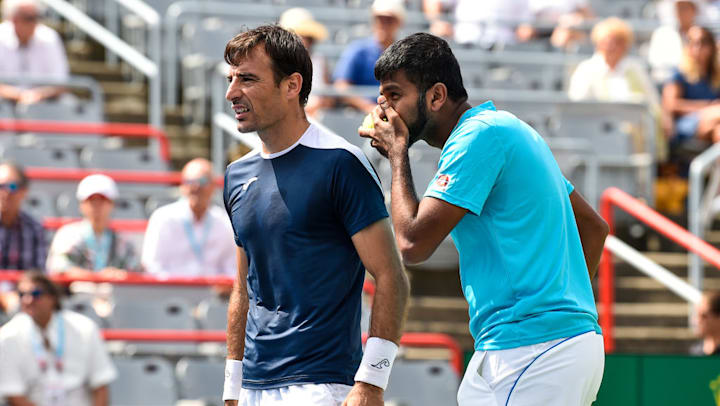 Rohan Bopanna and Croatian Ivan Dodig beat Simone Bolelli and Maximo Gonzalez 6-4, 6-3 to reach the quarter-finals at the Canadian Open in Toronto. The eighth seeded Indo-Croatian pair will now face either third-seeded Rajeev Ram and Joe Salisbury or Andrey Golubev and Andreas Mies in the Round of 16.

Bopanna and Dodig earlier beat Italian pair Fabio Fognini and Lorenzo Sonego 6-4, 7-6(4) in their first round match in the USD $3,487,915 ATP 1000 tennis tournament, which was previously called the Rogers Cup.

Bopanna had earlier been caught in a controversy leading up to the Tokyo Olympics, hitting out at the All India Tennis Association (AITA) and its secretary general Anil Dhupar. Bopanna created a stir when he hit out at AITA, alleging the tennis body of misleading the players and the entire country over his qualification for the Tokyo Olympics.

Bopanna’s comments came after it was reported that the AITA had requested the International Tennis Federation (ITF) to pair up Sumit Nagal and him for the doubles event at Tokyo Games after the youngster made the cut for the men’s singles event earlier in July. The AITA reportedly withdrew Divij Sharan’s nomination and send Nagal and Bopanna’s names after the earlier pair failed to seal a direct berth with their combined doubles ranking.