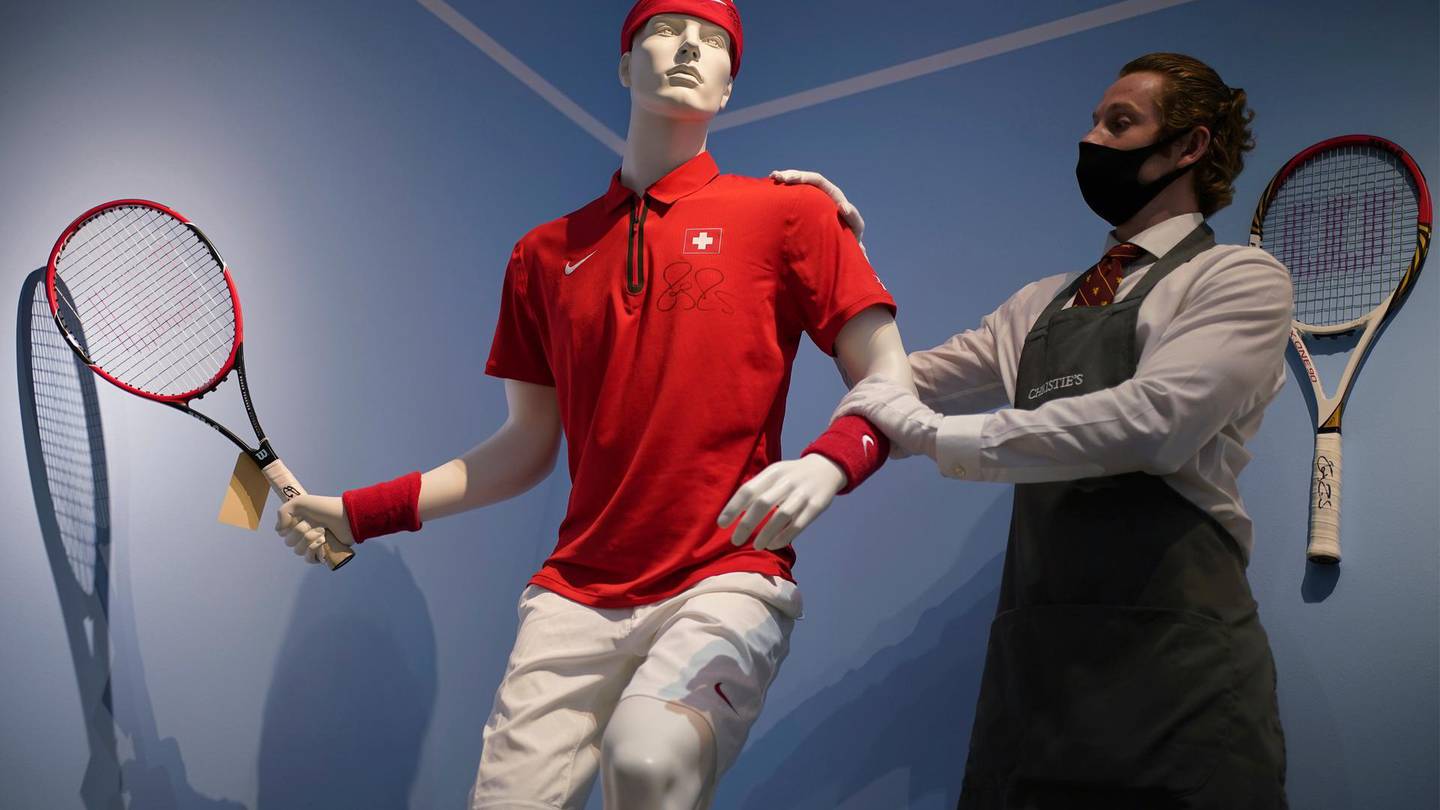 Roger Federer memorabilia: Roger Federer is one of the finest and arguably the greatest to have ever played the sport, and the Swiss maestro remains popular even as his career is drawing to a close. The 39-year-old saw his dreams of an Olympic medal crash after withdrawing from the Tokyo games due to a knee injury but fans still flocked to get a piece of him at a two-phased Christie’s auction. Federer donated a collection of personal items for auction to raise money for the Roger Federer Foundation, which raked in a staggering $4.7 million (35 crore).

Roger Federer memorabilia: The auction happened in two phases, with the first phase focused on Federer’s career at the four Grand Slams: Wimbledon and the Australian, French and US Opens. The memorabilia included t-shirts, racquets, and shoes including the outfit and racquet from his 2007 Wimbledon and 2009 Roland Garros final wins, which raised a combined £187,500 (1.9 crore approx).

Roger Federer memorabilia: A second online sale from June 23 to July 14 featured 300 lots from other tournaments spanning 21 years, dating back to his first-ever Olympics appearance at the Sydney 2000 Games, aged just 19. The highlight of the online sale was a set of three rackets used at the 2019 Wimbledon Championships, which sold for £162,500 — more than 23 times above their estimate of £7,000-10,000. The auction had aimed to raise £1million for the Roger Federer Foundation but instead achieved thrice of its target, collecting £3.4 million.

Roger Federer memorabilia: In a statement, the Swiss Maestro said, “The prices achieved have been unbelievable. We started collecting items which accompanied me on court because we thought that perhaps one day we could do something meaningful with them. I am overwhelmed by the generosity and enthusiasm of the support from around the world.”