Roger Federer made a winning return after two knee surgeries. 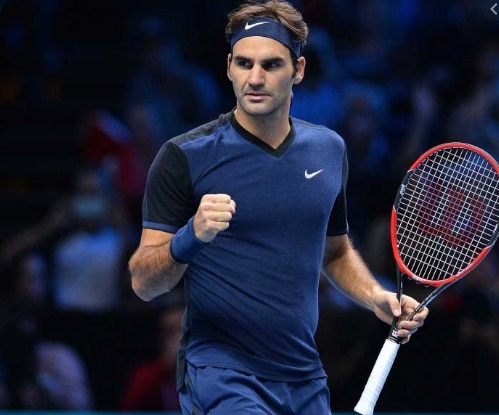 Roger Federer made a winning return to competitive tennis after being out of action for 405 days during which he underwent two knee surgeries. Federer, seeded 2nd at Qatar Open, was made to work hard for his 7-6 (8), 3-6, 7-5 win over British No. 1 Dan Evans in their 2nd round outing in Doha on Wednesday.

“I was very happy with how I was able to handle the tough moments. I didn’t feel like my game started to wobble the more important the points got. I think I was able to play how I wanted to play, so I think that’s always a great sign and a great feeling to have,” Federer said in a post-match video conference.

He had not competed since losing in the Australian Open semifinals to Novak Djokovic on Jan. 30, 2020. The following month, Federer had the first surgery on his knee. When he found himself dealing with swelling in it after riding a bike or going for a walk with his kids months later, Federer had a second procedure.

All of that time away is not something Federer is accustomed to. He didn’t miss a single Grand Slam tournament from 2000 to 2016.

For years, even while fully healthy, Federer faced questions about how long he’ll keep playing. And while he says he never seriously contemplated retirement, he did make clear during his news conference ahead of the Qatar Open that there will be more to come, saying: “I just feel like the story’s not over yet.”

Evans, for one, wants to find out what comes next for the player whose men’s record for most major singles trophies was equalled by Rafael Nadal last year and whose mark for most weeks at No. 1 in the ATP rankings was surpassed by Djokovic this week.

“From a fan’s point of view, it’s going to be interesting to see how he goes at his age — he’s 39, and that’s obviously unheard of, that someone is still competing for Grand Slams at that age,” said Evans, who spent two weeks practicing with Federer this year.

“It’s going to be real good to watch for everybody, to see what happens, see if he wins. I think most people would hope he wins another, probably, Wimbledon,” Evans said. “We’d all be pretty pumped if he got over the line at another Slam.”

India’s Ramkumar Ramanathan went down to world No.43 Alexander Bublik of Russia in the first-round of the Qatar open.
Daniil Medvedev recorded a victory against Jannik Sinner semi-finals in Marseille.