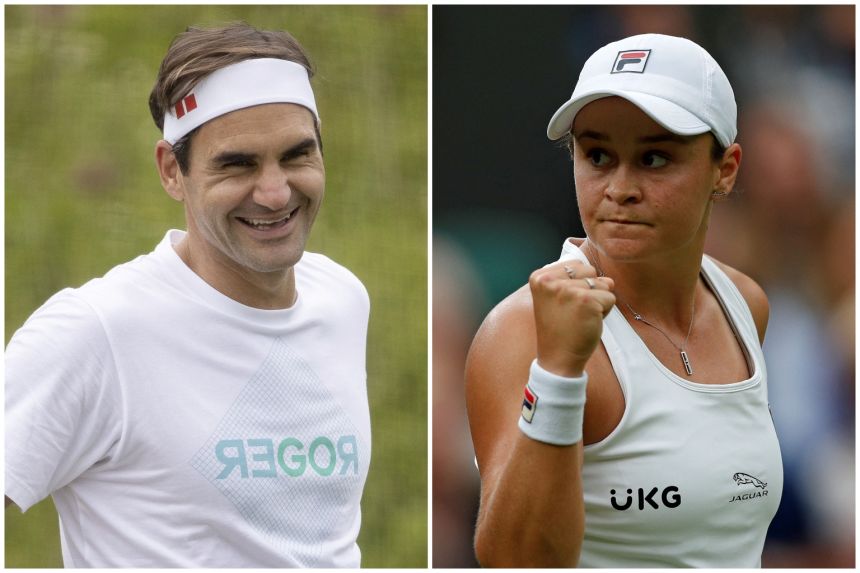 Roger Federer and Ashleigh Barty will return to Centre Court at Wimbledon on Thursday hoping to produce more assured performances than they did in their first-round matches. Sandwiched in between their two matches is Coco Gauff’s first appearance on Centre Court since aged 15 when she won the hearts and minds of the spectators in 2019. Eight-time champion Federer will play a familiar face, fellow veteran Frenchman Richard Gasquet who the Swiss legend beat in the 2007 semi-finals. Gasquet, 35, is not the force of old though his strokeplay can be blissful but Federer too has looked shaky since returning after two knee operations in the past year.

The 39-year-old had enough problems against another experienced Frenchman Adrian Mannarino in the first round.

They were tied at two sets all when the Frenchman had to retire with a knee injury suffered in a fall towards the end of the fourth set.

Federer who arrived on the back of a surprise second-round exit at the tournament he has made his own Halle, which he has won 10 times, put a rusty performance down to it being the first round.

“If you see what happened to him (Mannarino fell and you know how difficult and complicated it can be to move sometimes.

“I take it as a regular first round, which there’s always pressure there, in my opinion.”

Blinkova like Barty was a talented junior reaching the 2015 girls’ final at Wimbledon — Barty was junior champion in 2011.

The 25-year-old Australian, though, has kicked on more than her opponent since graduating from the junior ranks hence her ranking as world number one.

She has a 2019 French Open Grand Slam crown to her credit but has yet to venture past the fourth round at Wimbledon.

Her patchy three-set win over Carla Suarez Navarro in the first round showed there are still creases to be ironed out if she is to emulate Cawley.

“Now we kind of feel like we just keep working our way through the tournament as best that we can each and every day.”

Gauff, now 17, eased through against British wildcard Francesca Jones but a sterner test awaits her in the form of 2016 semi-finalist Elena Vesnina.

Gauff confessed that returning to the grounds where she was arguably the star of the show in 2019, beating Venus Williams along the way to the last 16, had been intimidating.

“I was really nervous going in, my first time back since everything happened in 2019,” she said.

“But I think today, like, was a solid first-round performance for me.”

Medvedev sounds confident he can at last produce a decent run at a tournament where his best performance is two third-round showings.

“After Mallorca (his first grass-court title which he won last Saturday), I’m feeling super good on grass,” said the 25-year-old.

“I think if I manage to raise my level a little bit like always I have the opportunity to be far in the tournament.

“Being far in the tournament means you always have a chance to win.”