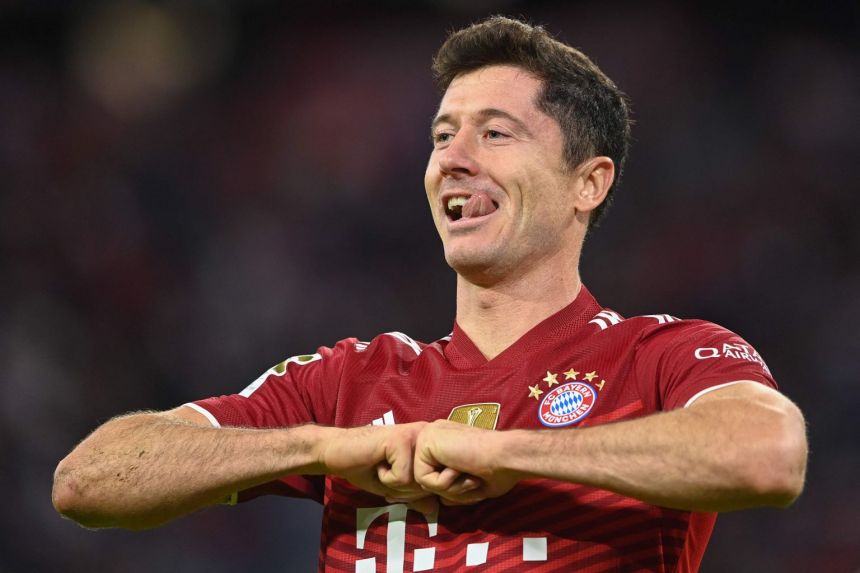 Robert Lewandowski scored a hat-trick as Bayern Munich thumped Hertha Berlin 5-0 on Saturday, with the Poland striker passing the milestone of 300 goals for the defending Bundesliga champions. 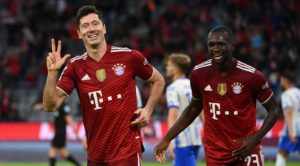 Bayern took an early lead through Thomas Mueller before Lewandowski struck either side of a Jamal Musiala goal.

Having scored a record 41 goals last season in the Bundesliga, Lewandowski has already netted five times in three league matches this term.

The rout saw Bayern move into second in the table, level on seven points but behind early leaders Bayer Leverkusen, who swept Augsburg aside 4-1 thanks to two early own goals, on goal difference.