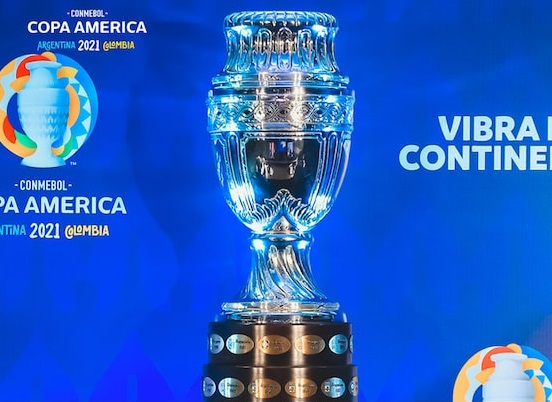 The mayor of Rio de Janeiro said on Friday that he would not hesitate to cancel Copa America matches scheduled in his city if the Covid-19 pandemic worsened. The competition was switched to Brazil from Argentina on Tuesday. It starts on June 13. “I don’t see any advantage in hosting Copa America matches,” said Mayor Eduardo Paes during his weekly press briefing on the health situation. “We didn’t ask for the Copa America and if you want my opinion, I don’t think it’s the right time to organise such a tournament.”

The mayor said that while club matches, such as the Brazilian league and the Copa Libertadores, were  played behind closed doors in Rio, that was under a decree in force until 14 June, the day after the opening match of the Copa America in Brasilia.

“But if the situation worsens, we will have another decree and that will put an end” to football competitions in the city, he said, adding that the organisers had not “at any time contacted the municipal health authorities”.

Rio will host the first of eight Copa America matches, between Lionel Messi’s Argentina and Chile at the Nilton Santos stadium, site of the athletics events at the 2016 Olympics, on 14 June.

Seven matches are scheduled to take place at the stadium, including a semi-final. The final is slated for the iconic Maracana Stadium in the city.

The Copa, delayed by 12 months because of the pandemic, was supposed to be co-hosted by Colombia and Argentina.

But the South American confederation (CONMEBOL) nixed the former on May 20 because of violent anti-government protests, and the latter on Sunday because of a surge of Covid-19.

On Monday, the surprise announcement that Brazil would host the tournament instead of Argentina and Colombia sparked an avalanche of criticism in Brazil, where  nearly 470,000 people have died from Covid-19.

But CONMEBOL was keen to thank the far-right president, Jair Bolsonaro, for “opening the doors of his country”.

The head of state, whose handling of the pandemic has been heavily criticized by most experts, has made numerous statements this week in favor of the Copa America in Brazil.

He said it was logical to host such a tournament if the country was already hosting international club competitions such as the Copa Libertadores.

Several stars from other South American countries, such as Uruguay’s Luis Suarez, have already spoken out against holding the Copa America in the  pandemic. Rumours of a boycott have also begun to emerge from the Brazilian team.

Several media outlets are reporting that coach Tite may resign due to a disagreement with his federation over the organisation of the tournament in his country.

Tite said on Thursday that he had a “very clear” opinion on the matter and would express it after the second of the two World Cup 2022 qualifiers, this Friday night against Ecuador and Tuesday against Paraguay.