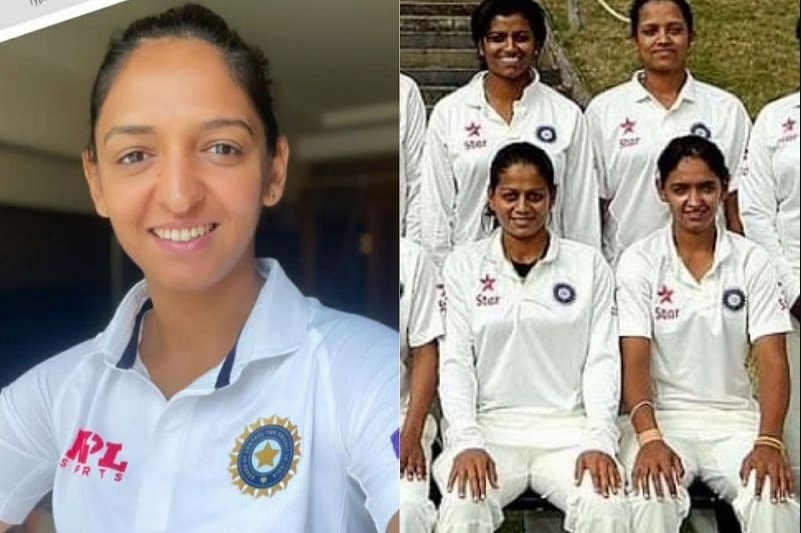 The BCCI on Sunday revealed the new Test kit which players of the Indian women’s cricket team will be sporting for the Test match against England in June.

The BCCI on Sunday revealed the new Test kit which players of the Indian women’s cricket team will be sporting for the Test match against England in June. For the first time in seven years, India women will play a Test match as they face hosts England in a four-day Test starting June 16 at the County Cricket Ground in Bristol.

This will mark the first occasion since 2014 that India women will be involved in a Test match. The team will subsequently play England in three ODIs and three T20Is to be played across Taunton, Bristol, Northampton, Worcester, Hove and Chelmsford. Earlier this month, Ramesh Powar was appointed coach of the women’s team for a second stint, while former India batsman Shiv Sundar Das was made batting coach.

The Indian squad assembled in Mumbai on Wednesday ahead of the UK tour. The team will quarantine for two weeks before flying out to the UK with the men’s team. Besides the England Test, the India women’s team will also play its maiden Day/Night Test in Australia later this year. They last played Australia in a Test match in 2006.

“England and Australia are the two teams that still play Tests and going forward you will see a Test slotted in when they visit India or when India tour the two countries,” a BCCI official had told PTI earlier this month.

“The idea was floated on the sidelines of the men’s pink-ball Test and later discussed in the Apex Council meeting (last month).”

BCCI In Talks With West Indies Board To Prepone CPL To Avoid Clash With IPL: Report
India’s Test series win in Australia will motivate women in England: Mithali Raj