Returning Wawrinka knocked out by Bublik in Monte Carlo opener 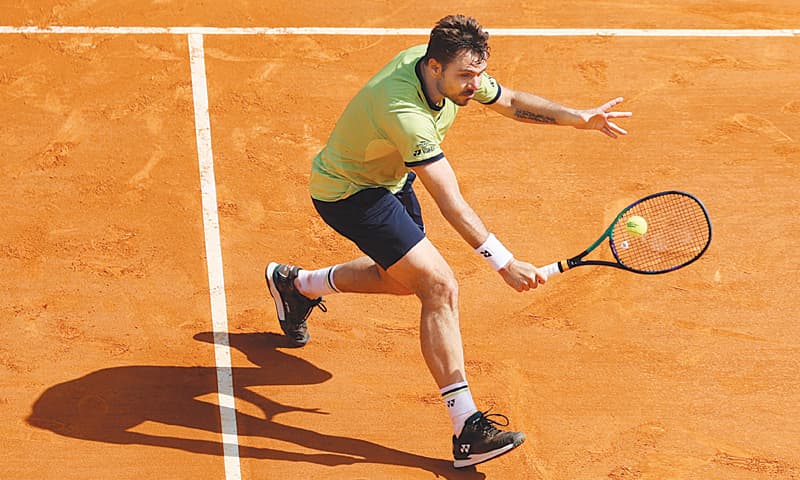 Stan Wawrinka marked his return to Tour level competition for the first time in 13 months by showing glimpses of his old form but the Swiss failed to get past Alexander Bublik in the first round of the Monte Carlo Masters, losing 3-6, 7-5, 6-2 on Monday.

The three-times Grand Slam champion suffered a foot injury early in 2021 and had surgery in March last year before another operation three months later, only returning to action at a Challenger Tour tournament in Marbella last month. While the 37-year-old was beaten in the first round of that event there were few signs of rustiness against World No. 36 Bublik on Court Rainier III as he raced through the first set in only 27 minutes to seize the early advantage in the contest.

Wawrinka, the 2014 champion, squandered an opportunity to break Bublik early in the second set and staved off three set points to hold for 5-5 but could not prevent his determined Kazakh opponent from taking the contest into a decider. Bublik found his groove to race ahead 5-1 in the third set as Wawrinka appeared to fade before the 24-year-old closed out the victory in style.

Former semifinalist Jo-Wilfried Tsonga will take on Croatia’s Marin Cilic later on Monday, hoping for a deep run in his final appearance at the Masters 1000 claycourt event, with the Frenchman set to retire after Roland Garros.

The tournament is without a number of big names, including Rafa Nadal, Daniil Medvedev, Dominic Thiem and Matteo Berrettini although world number one Novak Djokovic returns to action and meets Alejandro Davidovich Fokina on Tuesday.