Recovering Neymar ruled out of Cup game against Lille 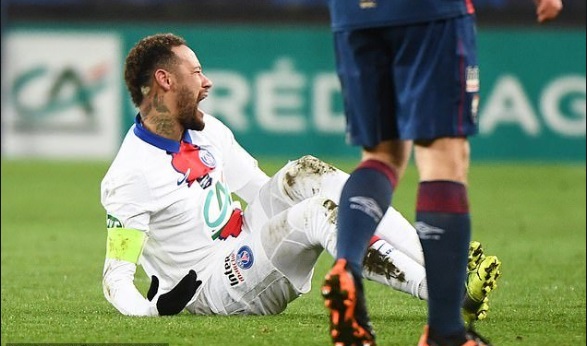 PARIS  – Paris St Germain will once again be without Neymar when they face Lille in the French Cup last 16 on Wednesday as the Brazil forward has not yet fully recovered from an adductor muscle injury, the club said on Tuesday.

Neymar picked up the injury in the previous round against Caen on Feb. 10 and the French champions initially said he would be out for action for “up to four weeks”.

“Neymar is back to collective training while continuing his individual programme,” PSG said in a statement.

PSG will also be without Pablo Sarabia for the clash against the Ligue 1 leaders at the Parc des Princes as the midfielder has a hip problem.