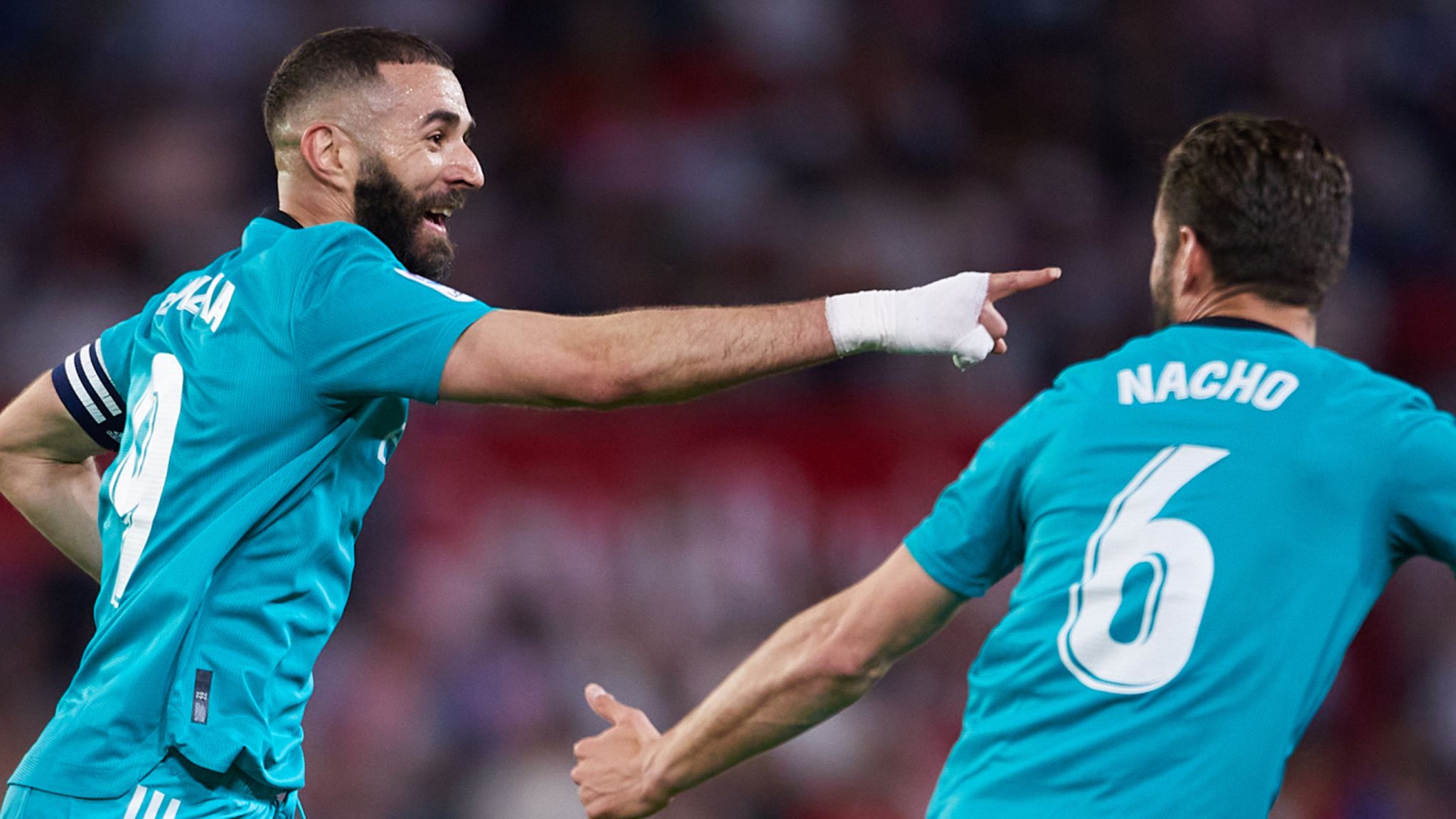 Real Madrid’s Karim Benzema struck a last-gasp winner as the visitor recovered from two goals down to beat title rival Sevilla 3-2 in a thrilling LaLiga clash on Sunday that took Carlo Ancelotti’s side a step closer to winning the title.

The victory means Real now has a 15-point lead at the top over closest rival Barcelona, which has two games in hand, Sevilla in third, and fourth-placed Atletico Madrid, which earlier beat Espanyol 2-1, with six rounds of matches remaining.

“Everyone is waiting for Real Madrid to stumble, but Real Madrid doesn’t stumble because we have heart and character. LaLiga is not finished, but we have taken a big step,” said Ancelotti.

It was a tale of two halves as Sevilla dominated the first but disappeared after the break in a match that was marked by several controversial decisions by referee Guillermo Cuadra.

He did not give a penalty for what looked to be a clear handball by Sevilla defender Diego Carlos after 17 minutes and then declined to show Real’s Eduardo Camavinga a second yellow card for a foul from behind on Antony Martial in the 37th.

The referee also disallowed Vinicius Jr’s equalizer for Real for a marginal handball decision in the 78th minute, sticking by his call after being sent to the pitchside monitor by VAR.

“We did it even after a lot of controversies because we don’t understand how the ref can call a handball by Vinicius and not call it for Diego Carlos,” Ancelotti told a news conference.

Sevilla got in front early in the first half after two mistakes from Real defender Eder Militao in four minutes.

First, Rakitic fired a free-kick through the Real wall to open the scoring in the 21st after Militao left a gaping hole and four minutes later the Brazilian let Jesus Corona run behind the defense to cross for the unmarked Lamela to make it 2-0.

After Camavinga’s close call for fouling Martial, Ancelotti brought off the young French midfielder at the break for Rodrygo, a move that changed the game in Real’s favor as the Brazilian gave a superb performance off the bench.

He scored Real’s first goal five minutes into the second half, started the move that ended with fellow substitute Nacho netting the second in the 82nd, and 10 minutes later crossed for LaLiga top scorer Benzema to fire home the winner.

Benzema’s 25th goal this season was his best tally in a single league campaign in his Real career – surpassing the 2015-16 season when scored 24.

“The players didn’t lose their heads after two mistakes and they are responsible for this incredible come from behind win,” added a relieved Ancelotti.

“This team doesn’t surprise me but what happened in the second half leaves me very proud. I want to thank all the players.”

I-League: Crowds to be allowed for second round of matches for first time in two years
Premier League: Manchester United Star Bruno Fernandes Involved In Car Crash But Unhurt