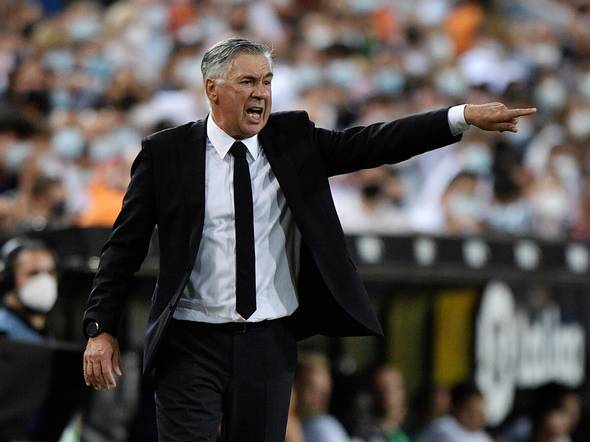 Real Madrid coach Carlo Ancelotti has called on his side to bounce back from their shock Champions League defeat by Moldovan minnows Sheriff when they travel to Espanyol on Sunday. While Real sit top of LaLiga on 17 points, they were held to a goalless draw by Villarreal last time out before being embarrassed on Tuesday in a 2-1 loss to Sheriff, and have struggled to break opposition down after making a stunning start to the season in front of goal. Following a disappointing week, the Italian has called for a reaction from his players. “The game against Sheriff has dented our pride,” he told a news conference.

“Tomorrow we’ll bounce back and give our all, and do what’s required to get the victory … Those kind of results don’t affect me mentally but physically they keep me up at night as I go over them in my head.”

“In our last two games we’ve struggled to score, something that wasn’t happening before, but that’s football. I said just 10 days ago tough times would come and we need to find our balance.”

Real will be without the injured quintet Ferland Mendy, Dani Ceballos, Dani Carvajal, Gareth Bale and Marcelo for the trip to Barcelona to take on Espanyol. On the other hand, midfielder Toni Kroos is in line to make his first start for the club since May after returning from a hip problem.