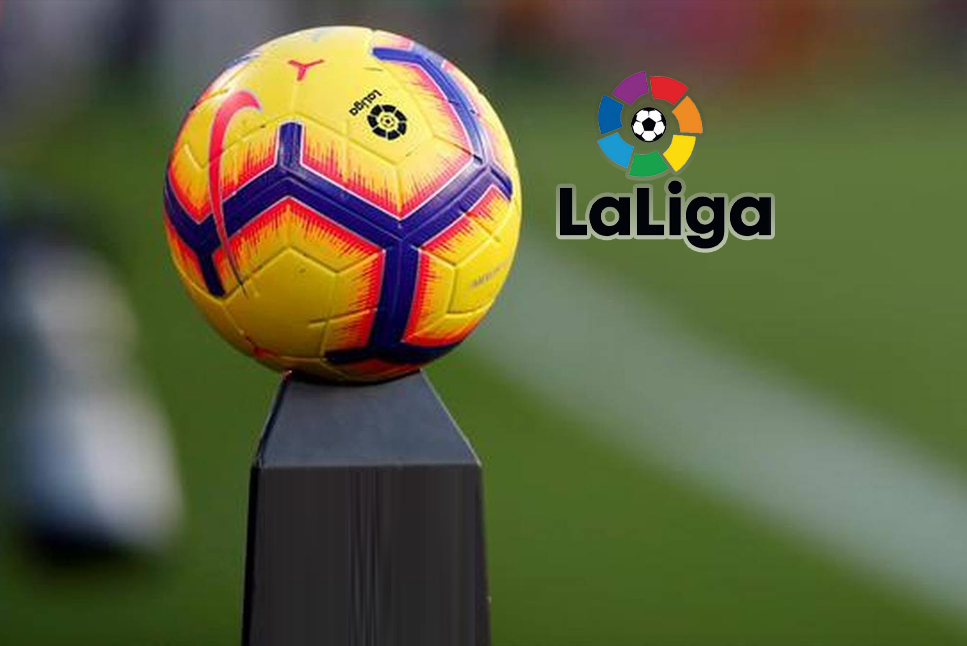 The league’s executive committee unanimously approved the “strategic agreement” with the international investment fund CVC Capital Partners on Wednesday. The majority of the league’s clubs are expected to give their final approval to the deal in an upcoming general assembly.

Real Madrid and Barcelona expressed their opposition Thursday to the Spanish league’s deal with an investment fund that secured $3.2 billion in funding to help its clubs.

The league’s executive committee unanimously approved the “strategic agreement” with the international investment fund CVC Capital Partners on Wednesday. The majority of the league’s clubs are expected to give their final approval to the deal in an upcoming general assembly.

But Spain’s two biggest clubs are resisting the plan, taking on the Spanish league that opposed their ill-fated attempt in April to launch a largely-closed breakaway European Super League.

“This agreement was reached without the involvement or knowledge of Real Madrid and today (Thursday), for the first time, LaLiga has given us limited access to the terms of the agreement,” Madrid said in a statement.

Barcelona said “the operation that has been announced has not been sufficiently discussed with the clubs.”

“FC Barcelona wishes to express its surprise at an agreement driven by LaLiga in which the teams’ opinions, including those of FC Barcelona, have not been taken into account,” the Catalan club said in its statement. “There has not even been a presentation of options offered by other competitors in order to evaluate the pros and cons in a post-pandemic situation in which there are still many questions that are left unanswered.”

As part of the agreement, the private equity firm which used to own Formula One would have a share of about 10% of the league’s revenues and a stake of 10% in a new commercial entity that values the league at 24.2 billion euros ($28.7 billion).

“The clubs have signed over their audiovisual rights exclusively for their sale on a competitive basis for a period of three years. This agreement, by way of a misleading structure, expropriates 10.95% of the clubs’ audiovisual rights for the next 50 years, in breach of the law,” Madrid said.

It said the negotiation “was carried out without competitive proceedings and the financial conditions” in the agreement gives this “opportunistic fund” annual returns “of over 20%.”

Madrid noted that CVC “tried and failed” to reach similar agreements with the Italian and German leagues.

“Real Madrid cannot support a venture which hands the future of 42 first and second division clubs over to a group of investors, not to mention the futures of those clubs who qualify over the next 50 years,” it said.

Barcelona said “the amount is not congruent with the years of duration, and the deal affects part of all clubs’ audiovisual rights for the next 50 years.”

“FC Barcelona feels it is inappropriate to sign a half-century agreement given the uncertainties that always surround the football world,” it said.

The league had said the funding would help the clubs’ finances and boost its global presence as it continues to try to catch up to the powerful Premier League, the world’s richest soccer league. It said CVC would not have control of the management of the competition, or the sale of its broadcasting rights.

The clubs would receive 90% of the money paid by CVC, with 70% aimed at long-term structural investments. Some of the money would also go toward paying off debts and increasing their spending limits on players and coaches.

Madrid and Barcelona are among the clubs with heavy losses exacerbated by the coronavirus pandemic.

Barcelona earlier Thursday announced that Lionel Messi will not stay at the club because the league’s financial regulations made it impossible to sign the Argentina star to a new contract.