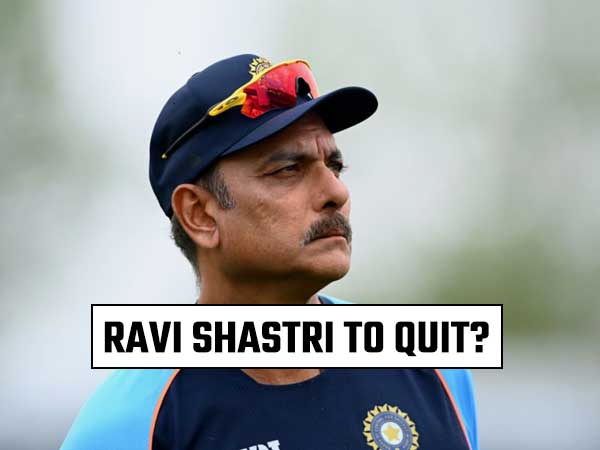 Team India head coach Ravi Shastri will part ways with the national team after the T20 World Cup, slated for November later this year, according to a report in a leading daily. Along with Shastri, the support staff of Bharat Arun (bowling coach), R Sridhar (fielding coach), and Vikram Rathour (batting coach) are also reportedly not interested in renewing their national contracts.

As per Indian Express, Shastri has informed some BCCI board members about the decision while some of the staff members are already in talks with IPL teams to take up coaching roles within the various franchises. With BCCI inviting job applications for Head of Cricket at the National Cricket Academy in Bengaluru, helmed currently by Rahul Dravid, it will be interesting to see whether the former India captain and one of the legends of the game, takes up the role of the head coach of the national team. The former India international was the coach of the Indian team that toured Sri Lanka, and while he has since categorically stated that he is not looking for anything beyond the Sri Lanka stint, you can never say never in the BCCI, especially with Dravid’s long time teammate Sourav Ganguly holding an influential role in the board.

“Rahul Dravid could well reapply for the post but with Ravi Shastri’s tenure ending in November 2021 after T20 WC, there is every possibility of Rahul being elevated to head coach’s position. Bottom line, he remains very much a part of system,” a BCCI source had told PTI.

The current age limit set for the head coach is 60 years,  similar to the NCA head role, and Shastri turned 59 in May. Shastri, a former India allrounder and a popular commentator, had joined the Indian team in the capacity of team director from 2014 till 2016. Anil Kumble was at the helm for a year, but after India’s loss in the final of the ICC Champions Trophy in 2017, Shastri was appointed as the full-time coach of the team. Under Shastri, India won two away series – both in Australia and reached the final of the inaugural ICC World Test championship and made it to the 2019 World Cup semi-finals.

At home, India was a marauding force in Tests defeating Australia, South Africa, and England while on away tours they blanked West Indies and Sri Lanka, and were competitive in South Africa and England. Under Kohli, Shastri and the coaching staff, and Dravid at NCA, the Indian team’s bench strength swelled, leading to a memorable Indian victory in Australia and two Indian teams playing competitive cricket at the same time.

The board is likely to invite applications for the coaching position after the T20 World Cup.

West Indies Captain Stafanie Taylor, Bangladesh All-Rounder Shakib Al Hasan Voted As ICC Players Of The Month For July
IPL 2021: David Warner to be available for Sunrisers Hyderabad for second half of tournament in UAE