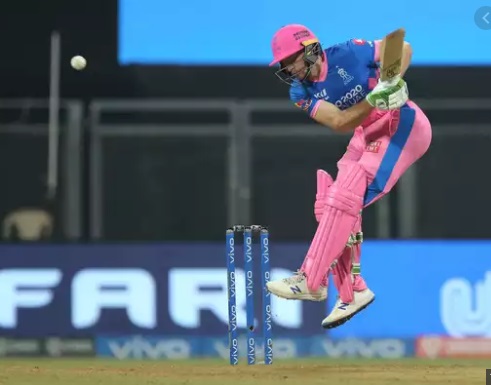 Chris Morris proved his worth as the big-money signing helped Rajasthan Royals pull off a thrilling chase against Delhi Capitals in their Indian Premier League (IPL) 2021 encounter at the Wankhede Stadium on Thursday. Morris hit 4 huge sixes as the Royals gunned down a 148-run target on a tricky pitch in Mumbai.

Morris had a difficult evening earlier this week when he was denied a single by captain Sanju Samson in their failed chase against Punjab Kings. However, the man, who was bought for a record-breaking Rs 16.25 crore, kept his cool and redeemed himself with a stunning onslaught against a quality death-bowling unit in Delhi Capitals.

The Royals needed 58 runs in the last 5 overs and Morris, with good company from Jaydev Unadkat, got them past the finish line. Morris hit 4 huge sixes, 2 against Kagiso Rabada, as the former champions opened their account in IPL 2021.

Earlier in the day, David Miller single-handedly rescued Rajasthan Royals as he hit a 43-ball 62 after the top-order failed in the absence of Ben Stokes. Miller kept the Royals’ hopes alive, hitting 3 sixes and 7 boundaries. In fact, it was Miller who hit the first six of the match in the 36th over as batters from both teams struggled to get used to the sluggish pace of the surface.

it did begin well for the Royals as Kagiso Rabada and Chris Woakes jolted the top-order, removing the likes of Manan Vohra (9), Jos Buttler (2), and captain Sanju Samson (4) but it did end well, thanks to the Morris-Miller fireworks.

Earlier in the day, Delhi Capitals huffed and puffed to 147 for 8 in their quota of 20 overs after being sent into bat by Rajasthan Royals skipper Sanju Samson who won the toss. It was an innings where not even a single six was hit, quite in contrast to their powerful 189-run chase against Chennai Super Kings last Saturday.

Shikhar Dhawan and Prithvi Shaw who added 138 runs in the match against CSK were dismissed as early as the 4th over as comeback man Jaydev Unadkat jolted the Delhi Capitals top-order. With a fine exhibition of his variety, Unadket picked up Shaw, Dhawan, and Ajinkya Rahane before Mustafizur Rahman got the wicket of star all-rounder Marcus Stoinis for 0.

Delhi Capitals were reeling at 37 for 4 in the 7th over when debutant Lalit Yadav joined Rishabh Pant. The Capitals were without Shimron Hetmyer in the middle-order and Pant took up the responsibility of keeping the scoreboard moving. The DC captain played a counter-attacking masterclass, getting to 51 in just 32 balls. Pant hit as many as 9 boundaries, most of them hammered to the fence with disdain.

However, a brilliant piece of fielding from Riyan Parag saw of the Delhi Capitals captain’s short but entertaining knock. knock.

Following Pant’s dismissal, the Capitals struggled for momentum. Tom Curran (21) and Chris Woakes (15) chipped in with handy runs in a 28-run stand as the Capitals pushed their score