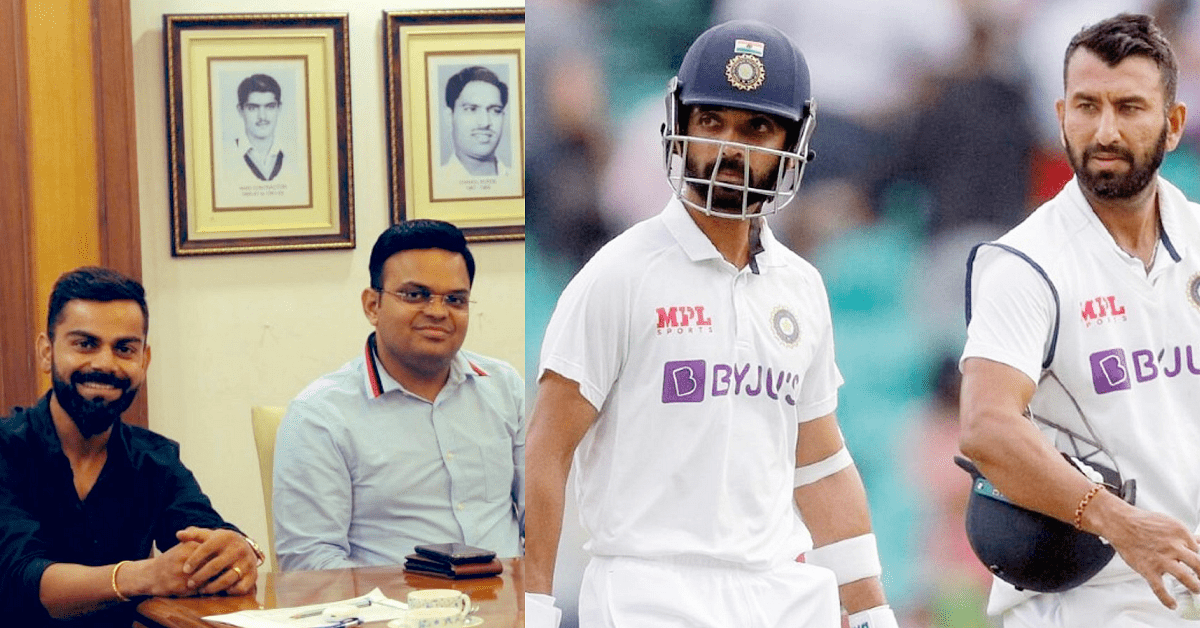 India’s World Test championship final loss to New Zealand earlier this year seems to have proved to be a big game-changer for team India and skipper Virat Kohli as it is being reported that at least two senior batters had rung up BCCI secretary Jay Shah expressing their reservations over Kohli’s captaincy. The two in question are Ajinkya Rahane and Cheteshwar Pujara – who had a forgettable match against New Zealand – and coped a lot of criticism over their performances. Pujara in particular was targeted for his lack of intent with the bat. Pujara made 8 off 54 balls in the first innings and 15 off 80 in the second, while Rahe scored 49 off 117 in the first and 15 off 40 in the second.

After the loss Kohli had said in a post-match presser, “The mindset has to be to score runs and find ways to score runs. You can’t be too worried about getting out because you are [then] bringing the bowler into the game completely,” and had later pulled up both Pujara and Rahane after India were bundled out for 170 on the final day, losing their last eight wickets for just 99 runs. NZ were set a target of 139 and they cantered home with eight wickets in hand

According to a report in the New Indian Express, Pujara and Rahane dialed up Shah after Kohli’s dressing down to discuss his captaincy and the BCCI decided to step in. After the call from the two senior players, BCCI asked for feedback from other players in the team and decided to act on it after the tour got over. Kohli’s decision to step down as the T20I captain after the T20 World Cup later this year could very well be connected to this, even though he cited workload management and focus on his batting as the reasons for stepping down.

Earlier in the week, news agency IANS had reported that R Ashwin is also one of the senior players who are unhappy with Kohli’s attitude within the team. Ashwin, part of the England Test squad, did not get a single game in the tour. The news agency had further reported that Kohli ignored coach Ravi Shastri’s advice to pick Ashwin for the fourth Test and Kohli was also not happy with selectors on picking the offspinner for the T20 World Cup.