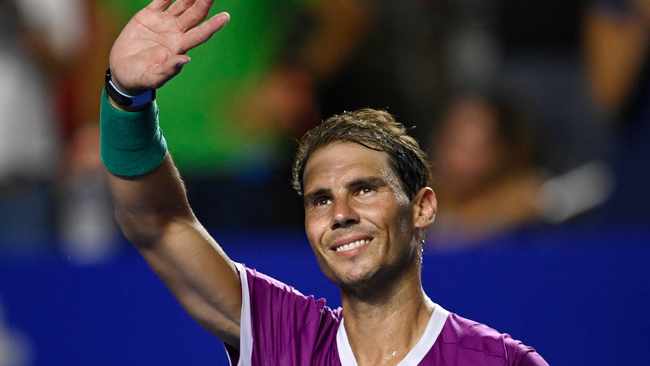 Madrid: Rafael Nadal will play at the Barcelona Open in April, the tournament confirmed on Wednesday, as the Spanish tennis legend builds up to the French Open in Paris.

Nadal will be looking to win his 13th title on the clay courts in Barcelona after first lifting the trophy in 2005.

Tournament director David Ferrer said: “Having Rafa in Barcelona is very exciting for the tournament and the expectation will be high to know how far he can go.”

Nadal has enjoyed a sensational start to the year after winning the Australian Open in January coming from two sets down to beat Daniil Medvedev.

That was the 35-year-old’s 21st grand slam title and moved him ahead of Roger Federer and Novak Djokovic in the all-time list of male major champions.

The Barcelona Open begins on 16 April, just over a month before the start of the French Open in May.

Nadal will be looking to win a record-extending 14th title at Roland Garros after losing to Djokovic in last year’s semi-finals.