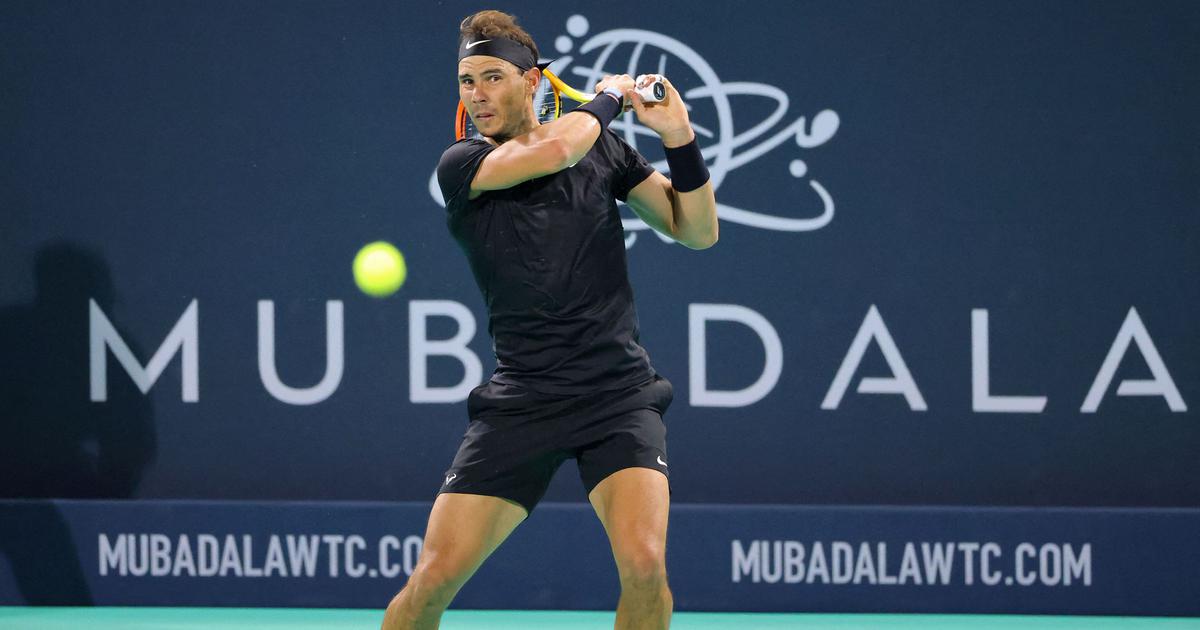 Madrid: Spanish tennis star Rafael Nadal said Monday he had tested positive for COVID-19 , which puts in doubt his participation in the Australian Open next month where was was expected to make his big comeback after months of injury.

The Spanish former world number one said he took the test when he returned to Spain from Abu Dhabi where he took part in an exhibition tournament last week, his first since August due to a foot injury.

“I am going through some unpleasant moments but I trust that I will improve little by little. I am now confined at home and have informed the people who had been in contact with me,” he wrote on Twitter.

“As a consequence of the situation, I have to have total flexibility with my calendar and I will analyse my options depending on my evolution,” he added.

“I will keep you informed of any decisions about my future tournaments.”

The 35-year-old had been due to fly to Melbourne later this month to compete in an ATP event ahead of the Australian Open which begins at Melbourne Park on 17 January.

The 20-time major champion has struggled with a foot injury for the past six months — forcing him to miss both Wimbledon and the US Open.

Nadal lost to another former world number one Andy Murray in an exhibition match on Friday in Abu Dhabi, his first match since August.

He then lost to Wimbledon semi-finalist Denis Shapovalov of Canada on Saturday.

It was his first tournament appearance since the Citi Open in Washington in early August where he lost to Lloyd Harris.

Nadal had said the championship in Abu Dhabi was a chance to test his foot and work towards the trip Down Under in healthy conditions.

“I was able to compete in both matches and even had my chances, so if we put that in perspective it’s a very positive thing,” he said after the tournament in Abu Dhabi.

“The idea is to go there and try my best there in Australia. Being 100 percent honest, I can’t guarantee it,” he added, saying he would have to speak to his team before making a final decision.

Nadal had been practising hard back home in Mallorca and has made a new addition to his coaching staff in the form of his good friend Marc Lopez, who won 2016 Olympic gold with him in doubles in Rio.

Despite missing almost half the season, he finished 2021 ranked No 6 in the world after picking up two titles in Barcelona and Rome and making the semi-finals at the French Open and the quarters at the Australian Open.

Nadal, Roger Federer and Novak Djokovic are tied with a record 20 Grand Slam singles titles each.

During the tournament on Friday in Abu Dhabi, Nadal was photographed talking to Spain’s former king Juan Carlos I without wearing a face mask.

It was a rare public appearance for the 83-year-old since he went into exile in the United Arab Emirates in August 2020 following graft allegations.

Nadal said he was regularly tested in Abu Dhabi, and the results were always negative. His last test there was on Friday, and he received the results on Saturday.