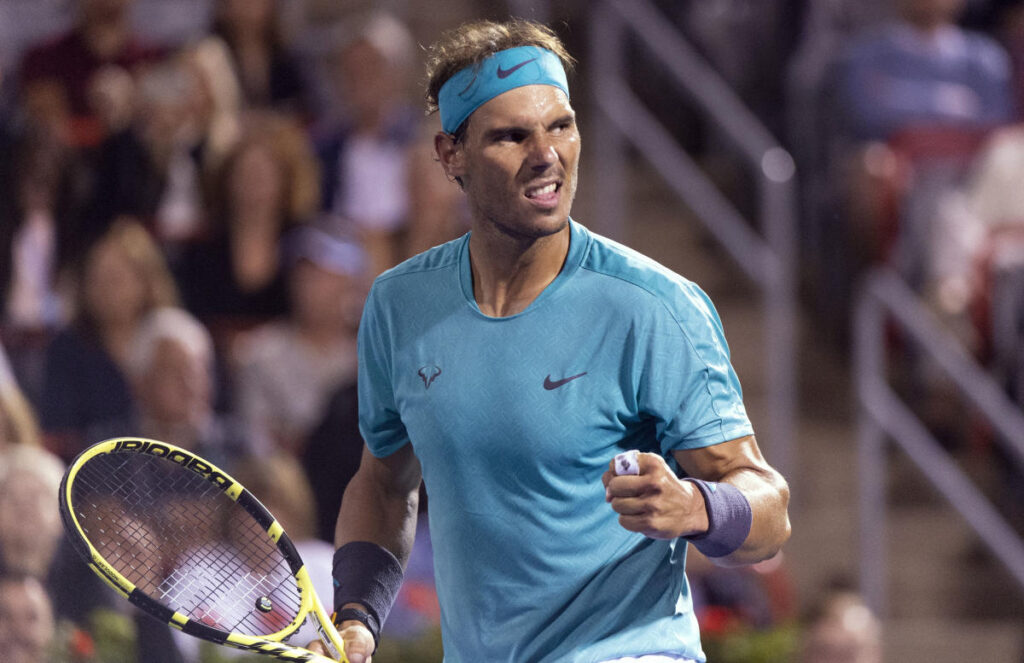 Rafael Nadal will count upon day-to-day improvement for a long-term foot injury if he is to fight for the title when the ATP Toronto Masters begins on Monday.

The 35-year-old Spaniard remains concerned about a long-term foot injury that flared up at Roland Garros in May and kept him away from Wimbledon and the Olympics.

“It has been a couple of tough months for me with physical issues,” Nadal said Sunday ahead of his most successful hardcourt stop.

Nadal, the Toronto second seed, won his comeback match on Wednesday in Washington but would open in Toronto against 50th-ranked Lloyd Harris, who eliminated him at the US capital, if the South African beats a qualifier in his opener.

“I’m not at a peak but I’m training better here than in Washington,” Nadal said. “I’m excited to keep going here and play a little better — I want to compete well.”

Olympic quarter-finalist Daniil Medvedev heads a depleted field at an event which is missing two of the “Big 3” players.

With world number one Novak Djokovic giving the week a miss after his frustrating medal-less performance at Tokyo and Roger Federer still out with his lingering knee problems, Medvedev and Nadal head the seedings.

Medvedev’s way will not be eased by what is forecast as summer heat up to 30 Celsius in Canada. The Russian made his dissatisfaction known at the Olympics, where he had to compete in torrid conditions which he said had threatened his health.

“Tokyo had some of the toughest conditions I’ve ever played in,” he said on Sunday.”The heat and the humidity was something quite special. The body is not used to it.

“That’s why I was suffering. But (after training this week in Florida heat) I feel very good coming, especially physically.”

The 25-year-old owns three ATP 1000-level trophies as well as the London year-end title from last November. He also lost the 2019 Canada final to Nadal.

Stefanos Tsitsipas is seeded third but has a bye like the rest of the top eight seeds. The Greek lost a Canada final to Nadal three years ago.