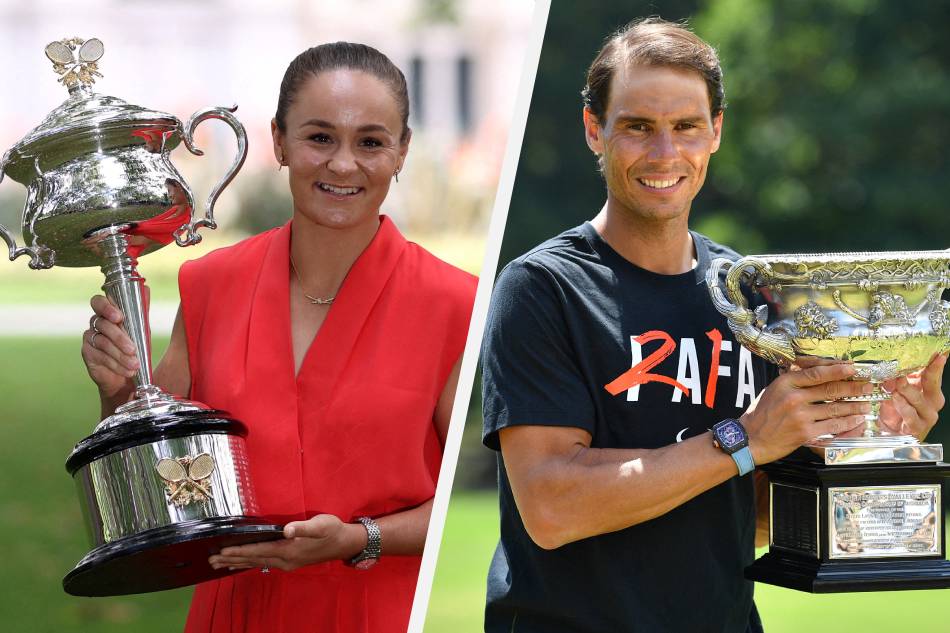 An Australian Open like no other began in controversy with the deportation of Novak Djokovic but culminated in one of the greatest comebacks in tennis history by Rafael Nadal on Sunday. Throw in Ashleigh Barty becoming the first home winner for 44 years, and local heroes Nick Kyrgios and Thanasi Kokkinakis winning the men’s doubles, this was a Grand Slam that will live long in the memory for myriad reasons.

After the chaos that preceded the tournament, Tennis Australia couldn’t have dreamt of a happier ending — and it was one they desperately needed, after a competition riddled with unforced errors on the organisers’ parts.

It began with the spectacle of the nine-time Australian Open champion Djokovic being detained in a notorious immigration hotel, suffering multiple court cases and eventual deportation — shocking no matter which side you sit in the Covid-19 vaccination debate.

When the first serve at Melbourne Park was struck on January 17, the world number one was in a Dubai airport transit lounge waiting for his connecting flight home to Belgrade.

It wasn’t just the Djokovic saga that cast a shadow over the first Grand Slam tournament of 2022.

Tennis Australia had to make a hasty and embarrassing U-turn after instructing staff to prevent spectators wearing “Where is Peng Shuai?” T-shirts to highlight concern for the Chinese player.

They also had to justify a largely voluntary Covid-19 testing protocol that came in for criticism from some players, notably world number three Alexander Zverev.

They may count themselves extremely lucky that there were only a handful of virus cases.

Tennis Australia will no doubt bask in the glory of their two historic champions, Nadal and Barty.

Tournament director Craig Tiley was beaming through his mask during the presentation ceremonies.

But as a central figure in the pre-tournament chaos he, or his successor, must make sure the extraordinary scenes in the run-up to the tournament are never repeated.

Crowds were back in numbers after days of pandemic-enforced empty arenas the year before, but spectators came in for flak for their raucous behaviour.

Kyrgios’s opponents in particular complained of yobbish jeering, whipped up by the Australian bad boy.

And in the final, booing and screaming between serves to try to put off Daniil Medvedev made Rod Laver Arena seem more like Madrid during a Davis Cup tie — a feverishly pro-Nadal cauldron.

The atmosphere degenerated further as the beer began to talk ever louder, with the epic match grinding on past 1:00 am Monday.

Medvedev became agitated, Nadal had to appeal for calm and the chair umpire had to threaten miscreants with removal by security staff.

But in the end, the abiding memory will be of Nadal’s monumental achievement in winning that unprecedented 21st Grand Slam after an astonishing final lasting 5hr 24min.

It was Nadal’s second Australian Open, but came 13 years after his first.

It was his first win from two sets down in almost 15 years, and a first in a Slam final.

When he touched down in Melbourne, the 35-year-old had played no competitive tennis since early August because of a chronic foot injury.

Eleven unbeaten matches later he has two more tournament wins and has moved ahead of Djokovic and Roger Federer as the all-time men’s Grand Slam leader.

The absence of that pair — Federer through injury, Djokovic through deportation — will mean detractors will try to diminish Nadal’s achievement, unparallelled as it is in the men’s game.

Surely to be the best, you have to beat the best?

Nadal has good cause to say he did.

The de facto top seed, Medvedev is 10 years Nadal’s junior, was the most recent Grand Slam champion and looked unstoppable as he led by two sets and held three break points in the third.

But though Nadal was down, he was not quite out.

Slowly his determination and sheer will to win enabled him to claw the match back from the brink.

The result was on a knife-edge until the dying moments, and could have gone either way in the final set as the pair exchanged multiple service breaks.

But in the end four percent was all Nadal, and the Australian Open, needed.