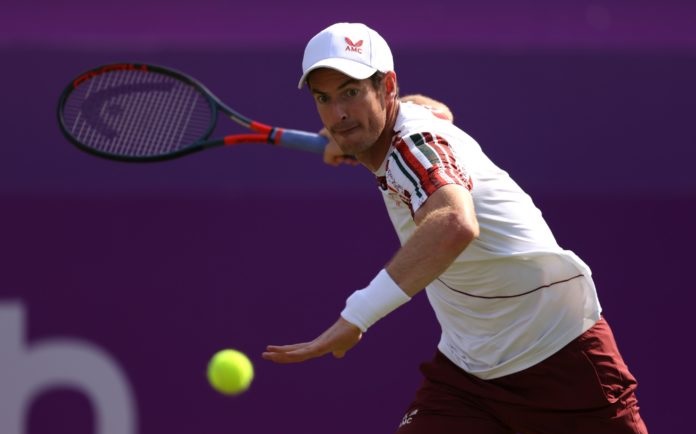 We're not crying it's just…allergies. 🥺

“The body is old, but I did quite well today in terms of movement and stuff, considering it was my first (singles) match on grass in three years,” Murray said before choking up with emotion as the crowd cheered, as quoted by Reuters.

“I love playing tennis and it was great to be out here competing again.”

Murray has struggled to return to his former level since having hip resurfacing surgery in January 2019 with niggling injuries limiting his tournament time, as per Sky Sports.

He had earlier tested COVID-19 positive ahead of the Australian Open. In March, he suffering a groin injury and then decided to skip the clay-court season in order to prepare for the British summer.

The 34-year-old, currently ranked 123 in the world, took 65 minutes to defeat the Frenchman. He will next face Matteo Berrettini.

In India, you can watch Cinch Championship 2021 on Tennis TV.