PSL 2022: Faulkner leaves league after accusing PCB of not honouring his contract, Board bans him for life 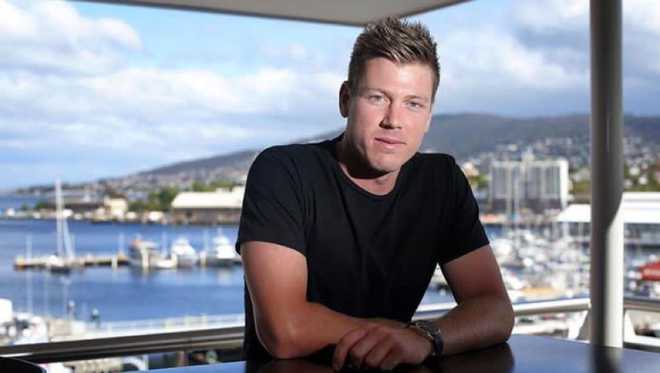 Karachi: Australian allrounder James Faulkner on Saturday left the Pakistan Super League abruptly after accusing the country’s cricket board (PCB) of “not honouring” his contractual agreement. Faulkner, who played for the Quetta Gladiators, left the team hotel and bio bubble after posting a series of tweets in which he accused the PCB and PSL management of telling him lies and treating him disgracefully.

The PCB and Quetta Gladiators, however, said that Faulkner has been paid his money for appearing in the league as per his contractual obligations and added that the Australian will not be picked in the T20 tournament in future.

Faulkner apologised to the Pakistani cricket fans for his withdrawal from the team’s last two matches against Multan Sultans on Friday and tomorrow’s fixture against Karachi Kings.

“I apologise to the Pakistan cricket fans. But, unfortunately, I’ve had to withdraw from the last 2 matches and leave the PSL due to the PCB not honouring my contractual agreement/payments,” he said in a tweet.

Faulkner blamed the cricket board for continuing to “lie” to him despite his full-time presence in the tournament.
The Australian all-rounder said it “hurts” to leave as he wanted to “help” get international cricket back in Pakistan.

“It hurts to leave as I wanted to help to get international cricket back in Pakistan as there is so much young talent and the fans are amazing,” Faulkner said.

He claimed that despite his attempts to do so, the treatment he received from the PCB and the management of the PSL had been a “disgrace”.

“I’m sure you all understand my position,” he added.

PCB and Quetta Gladiators, however, accused Faulkner of reprehensible and insulting behaviour and causing deliberate damage to the hotel property and behaving inappropriately and abusively with immigration authorities at the airport.

“In December 2021, James Faulkner’s agent confirmed the United Kingdom bank details to which his fee payments should be transferred. This was noted for action,” they said in a statement.

“Accordingly, payments due to Mr Faulkner as per his contract are fully up to date. The remaining 30 per cent of his contractual payment only becomes due 40 days after the completion of the HBL Pakistan Super League 2022, which now remains a matter to be reviewed in line with his contract.”

The Board and the franchise claimed that in spite of the money being transferred and received in his account, Faulkner continued to insist that a second duplicate payment of the same amount be made to his account in Australia.

“He further threatened and refused to participate in his side’s match against Multan Sultans on Friday afternoon until his money demands were met,” the statement said.

“The PCB, as a responsible organisation, engaged with him early Friday afternoon in an attempt to reason with him. Despite his reprehensible and insulting behavior during the conversation, Faulkner was assured that all his grievances would be addressed.

“He refused to reconsider his decision to take the field in a crucial match for his side, let his team down and demanded that his travel arrangements be immediately made.”

The PCB and Quetta Gladiators said they are “disappointed and dismayed with the reprehensible behavior of James Faulkner, who was also part of the Abu Dhabi-leg of the Pakistan Super League in 2021, and, along with all participants, has always been treated with utmost respect.”

The statement noted that in the seven years of the Pakistan Super League, no player has ever complained about the nonfulfillment of the PCBs contractual obligations.

It also said the PCB was also in constant contact with his agent, who was regretful and apologetic.