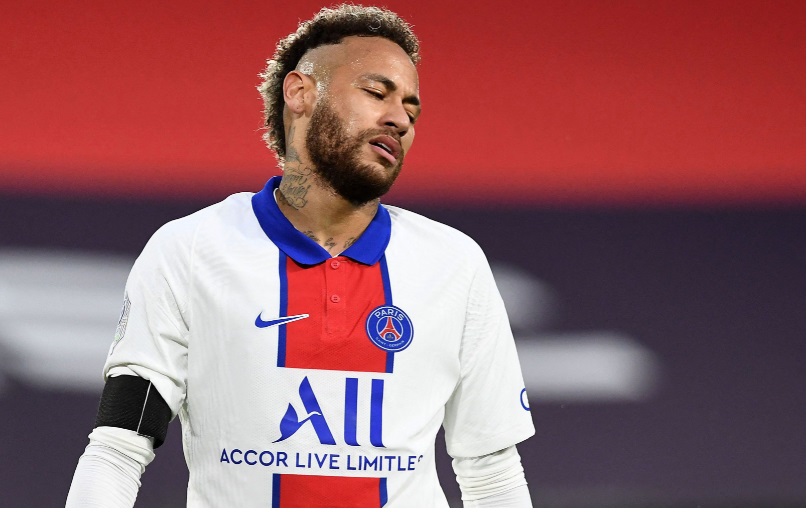 Neymar will not play for Paris Saint-Germain in next week’s French Cup final against Monaco after a booking in Wednesday’s semifinal saw the Brazilian incur a suspension.

The world’s most expensive player was shown a yellow card not long after coming on as a late substitute in the last-four tie in Montpellier, triggering a one-game ban that had been hanging over him since he was sent off in a Ligue 1 match against Lille last month.

PSG could still appeal the ban, thereby potentially releasing him to play against Monaco in the final at the Stade de France, which will go ahead behind closed doors.

“I would like to understand the head of the guy who made the rule on cards in France!” Neymar reacted on Instagram.

“He deserves to be applauded. What confusion.”Neymar scored in the shoot-out as PSG beat Montpellier 6-5 on penalties following a 2-2 draw in the semifinals. 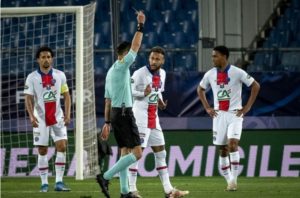 The former Barcelona superstar, who last week signed a contract extension to keep him in Paris until 2025, scored the only goal when PSG beat Saint-Etienne in last season’s final.

PSG will already be without the injured Marco Verratti and the suspended Presnel Kimpembe for the final.

Before that game, Mauricio Pochettino’s side hosts Reims in Ligue 1 on Sunday.

UEFA Women’s Champions League final: For Barcelona’s Asisat Oshoala, repeating mistakes from 2019 is not an option
‘Our turn to win’ says Hansen, as Barca head for CL final with Chelsea