“Proof Is In The Pudding”: What Ricky Ponting Said About Rohit Sharma’s Captaincy Credentials 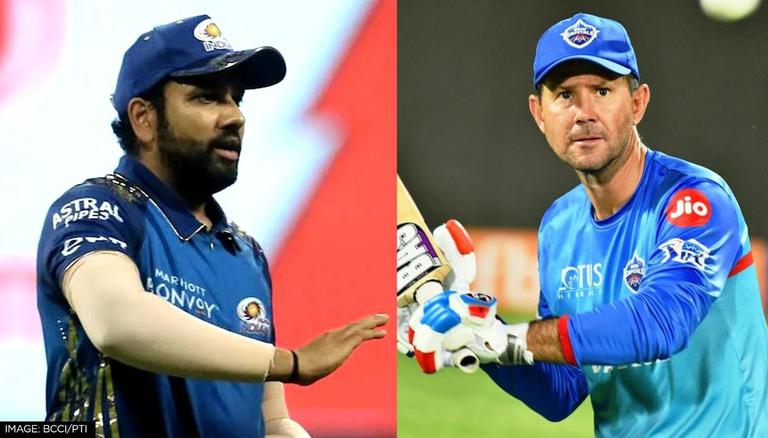 Former Australia skipper Ricky Ponting has shown support for Rohit Sharma leading India in Tests looking at his impeccable record as a leader. Earlier this month, Virat Kohli stood down as India’s Test skipper, a day after the country suffered a 1-2 series defeat against South Africa in the three-match series. Last year, the 33-year-old had also stepped down as T20I captain and then he was removed as the ODI leader after the selectors wanted one skipper for white-ball formats.

“I was at Mumbai Indians when Rohit Sharma took over the captaincy there. I was bought in the auction to be their captain and unfortunately, I wasn’t playing well enough after the first few games to keep myself in the team, so I had to make room for another international player to come into the side,” the ICC website quoted Ponting as saying.

“The owners and the team management wanted to know who I thought would be the appropriate person to take over the leadership at the Mumbai Indians. There were a few names thrown around between owners and the other coaches but it was really clear to me that there was only one guy that can lead the team – he was a young guy and his name happened to be Rohit Sharma,” he added.

Rohit had missed the series against South Africa due to a hamstring issue but has now recovered and would be leading the side in the upcoming white-ball series against the West Indies.

“I think the proof is in the pudding with what he has done at the Mumbai Indians since that moment on. He has been a very successful leader there and has been when he has led India on a few occasions as well. If I go back to what I said at the start about being on top of your game when you take over a captaincy role, then it is pretty hard to argue after what he has done with his Test cricket in the last 2-3 years. He has played as well as anybody in the world through that period of time, and we know how good he is as a white-ball player,” said Ponting.

“They (BCCI) will have a decision to make what they want to do with their roles as well, whether they split roles or they want to keep the same captain for all formats,” he added.

Further talking about Ajinkya Rahane and KL Rahul as leaders, Ponting said: “To be honest, I have worked with Ajinkya – he is just a great bloke, a very, very good player. He hasn’t had his best period with the bat in Tests, but we saw what he can do leadership-wise in the series against Australia last summer.”

“I don’t know KL Rahul well – his name’s been thrown around a little bit. All reports I hear about him is he is a terrific guy, and he’s playing very well and starting to put together a really good Test record, particularly overseas which is impressive. There will be a few names that will be thrown around,” he added.

India vs West Indies: Yuzvendra Chahal’s chance to find his mojo back as he closes in on 100 wickets milestone in ODIs
West Indies vs England: Jason Holder takes 4-in-4, becomes first Windies male player to collect T20I hat-trick