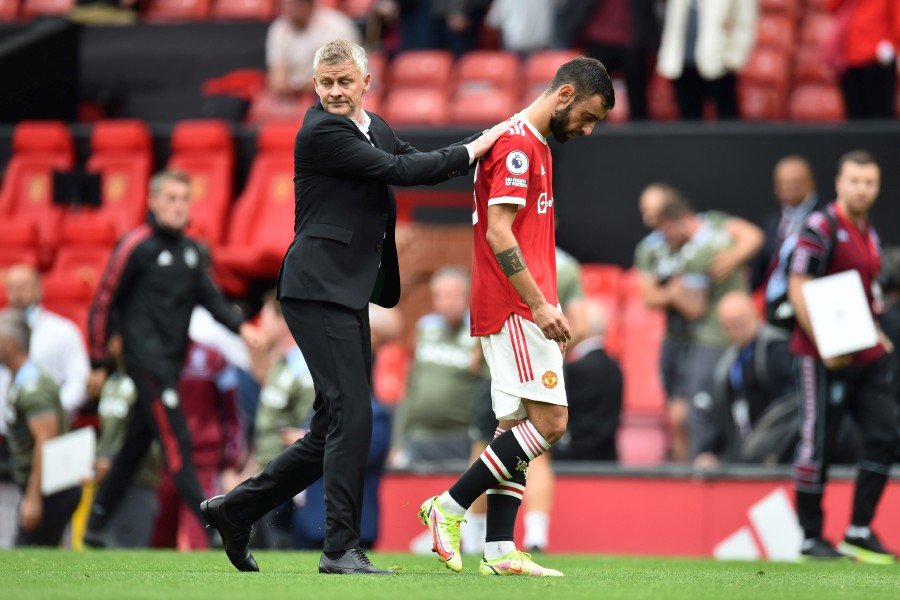 London: Cristiano Ronaldo’s sensational return to Manchester United allowed fans to dream big but three defeats in four games have ramped up the pressure ahead of Villarreal’s Champions League trip to Old Trafford on Wednesday.

There is no need for Ole Gunnar Solskjaer to hit the panic button yet, with his side just one point behind Premier League leaders Liverpool after six matches.

But there are worrying signs for the Red Devils, who must rediscover their mojo quickly after a shock reverse in their Champions League opener against Young Boys, a League Cup exit to West Ham, and Saturday’s defeat against Aston Villa.

The one result that breaks up that nasty sequence was a 2-1 victory at West Ham, but that only came courtesy of a late winner and a David de Gea penalty save in stoppage time.

In other circumstances, the game against Unai Emery’s Villarreal might appear routine but United are already on the back foot in Europe after their embarrassing loss in Switzerland.

And they have a recent bad experience against the Spanish side, losing on penalties to them in the final of last season’s Europa League, a result that denied them their first silverware since 2017.

United boast a squad that on paper can compete with anybody, with a rich array of attacking talent including Ronaldo, Edinson Cavani, Bruno Fernandes, Mason Greenwood, and Paul Pogba.

And that’s not even including big summer signing Jadon Sancho, Anthony Martial, Jesse Lingard, or the injured Marcus Rashford.

But Solskjaer’s side still regularly look less than the sum of their parts.

United had 28 shots in the match against Villa but just four were on target and the visitors posed a regular threat.

They slipped to their first defeat against the Midlands club since 2009 after Kortney Hause’s late goal and Fernandes’s missed penalty in stoppage time.

Solskjaer felt his team were not clinical enough in the 1-0 defeat.

“When we got up there, the final decision, the final execution, the quality in the pass or the shot or decision wasn’t good enough to get goals,” he said.

“The game ebbed and flowed and was probably a good game for the neutrals but unfortunately, we didn’t get a goal.”

United must stop the rot on Wednesday and in the context of Europe, it could be make or break.

Despite some eye-catching wins this season, United have often lacked cohesion and relied on moments of individual magic from players such as Fernandes, Pogba, and Ronaldo.

There is the lingering sense that United are lacking the midfield balance to make a concerted challenge.

After a string of near-misses in the hunt for silverware, Ronaldo’s return added to over £100 million of investment in Sancho and Raphael Varane means Solskjaer has to deliver this season.

But the Norwegian’s record in Europe does not inspire confidence.

United have lost seven of his 11 Champions League matches since taking charge in 2018.

The 48-year-old was handed a new three-year deal in July — reward for the progress United have made in the three years since he replaced Jose Mourinho.

The club’s bosses have remained patient so far with their former star striker but they will be keen to see a return on their considerable investment sooner rather than later.