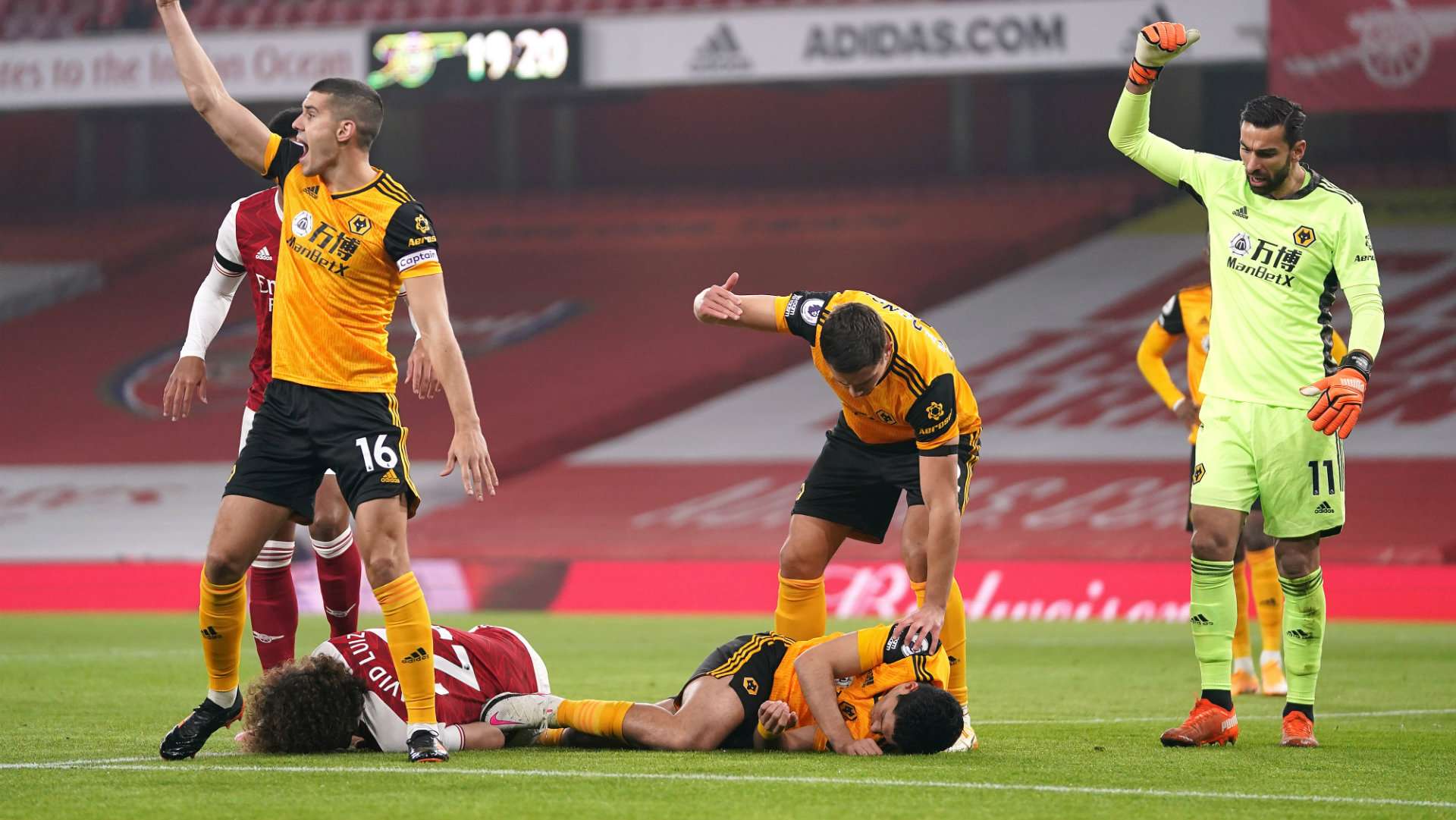 Wolverhampton Wanderers striker Raul Jimenez says it never crossed his mind his career was over despite fracturing his skull in a horrific clash of heads with Arsenal’s David Luiz nine months ago.

The 30-year-old Mexican international completed a remarkable recovery in playing the whole of Wolves’s 1-0 defeat by Leicester in their opening Premier League match last Saturday.

Jimenez wore a headguard adapted to his preferences and which he said “felt really comfortable.”

“I always thought that after my recovery I would be back to do what I love to do,” said Jimenez.

“I never thought about finishing my career. There was a chance of that, but I was always confident I was going to return,” he added.

Jimenez, who had emergency surgery on his fractured skull, said doctors told him it was a “miracle to be here”.

“The bone had broken and there was a little bit of bleeding inside my brain,” he said.

“That’s why the surgery had to be quick and it was a really good job from the doctors.”

Jimenez can still head the ball and said he is only wearing the head guard due to medical advice.

“If it was up to me I wouldn’t use it. The doctors told me it was protection to prevent something. In this moment it could be more dangerous for me than any other player,” he said.

“I know I have to be in the same line as the doctors and surgeons.”

Jimenez has no recollection of the incident but has watched it several times and even from different angles so he can grasp what happened.

He says the most depressing moment for him was having his hopes dashed of playing again towards the end of last season.

“That was the most difficult part because you think you are ready, but you’re not.’

“It was just a shock in the moment, but 10 minutes later I said ‘OK, I need to continue recovery, keep doing what I’m doing to be ready for next season’. I was focused on recovery.”

Jimenez will face former Wolves boss Nuno Espirito Santo’s Tottenham Hotspur next in what he says will be an emotional occasion.

“It’s going to be good. He’s (Nuno) been really supportive during the past months. I saw him three weeks ago. He told me he was really happy to see me play again,” he said.