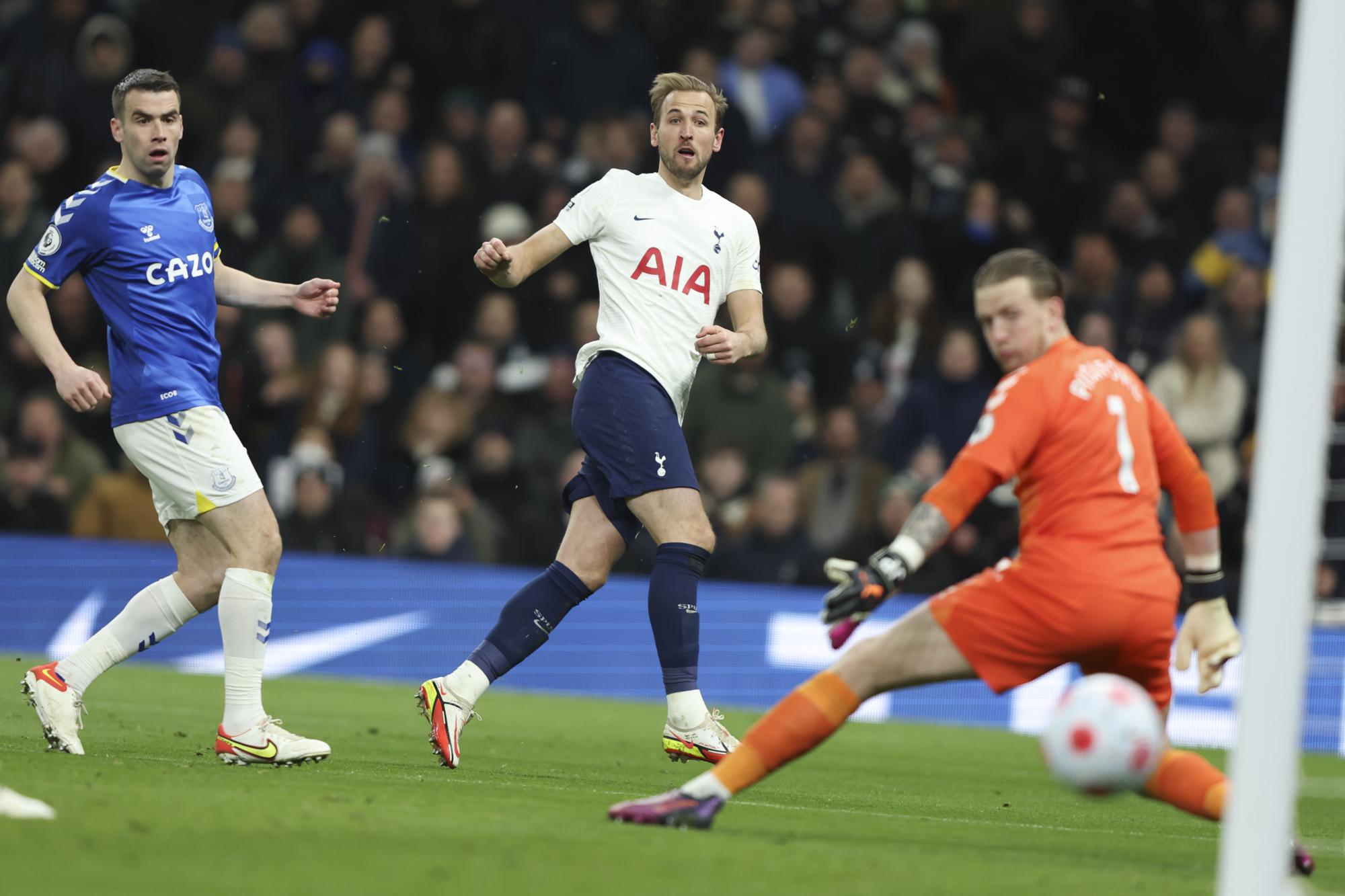 London: Antonio Conte challenged Tottenham to push for a top four finish in the Premier League after their 5-0 rout of Everton pushed the woeful visitors deeper into relegation danger on Monday.

Conte’s side ran riot in north London after Michael Keane’s own goal started the spree early in the first half.

Sergio Reguilon made it four and Kane netted again to complete the demolition.

Tottenham’s second successive league victory moved them up to seventh, three points behind fourth placed Arsenal, who have played one game less than their north London rivals.

Conte has frequently bemoaned the “ups and downs” of life as Tottenham manager, pointing to the club’s history of inconsistency as proof it will take time for him to make an impact.

The last few weeks have underlined Conte’s concerns, with victory at champions Manchester City followed by a dismal defeat against lowly Burnley.

The swaggering display against Everton, which came immediately after an embarrassing FA Cup loss at second tier Middlesbrough, at least provided hope that the Italian could turn the tide eventually.

“A good game. Also a good answer after the last defeat,” Conte said. “It’s not enough. The players and I want to fight for a position at the top of the table.

“We have to take this responsibility in the last 12 games to give everything. I want an answer from my players against Manchester United on Saturday.

“I want to see if we’re getting better in a tough game against an important team fighting with us for the top four.”

For slumping Everton, the alarm bells are ringing after a fourth defeat in five league games since Frank Lampard replaced the sacked Rafael Benitez.

Lampard’s team are languishing just one point and one place above the relegation zone.

Although they have a game in hand on third bottom Burnley, this wretched surrender suggests there is a serious chance of Everton being condemned to play outside the top tier for the first time since 1954.

“I could tell there was a fear of relegation when I came in. This challenge isn’t bigger than I expected, I knew it would be (hard),” Lampard said.

“Individual errors led to goals which took the game away from us. When you know what’s coming and fall foul of it, that’s the most disappointing thing.

“The reaction was not good enough. It was the reaction of a team used to losing away from home. We need to sort it out.”

Tottenham took the lead in the 14th minute when Ryan Sessegnon made a well-timed run behind Seamus Coleman and whipped a cross into the six-yard box.

Kane was ready to pounce until Keane made a hash of his clearance and diverted the ball into his own net.

Kane picked out Dejan Kulusevski and he clipped it into the path of Son, whose low drive from just inside the area squirmed under Jordan Pickford’s weak attempted save.

Tottenham were rampant and Kane was next to get on the scoresheet in the 37th minute.

Evading Everton’s offside trap, Kane took Matt Doherty’s pass in stride before planting a cool finish past Pickford for his 12th goal in 14 league appearances against the Toffees.

Everton’s frustrations boiled over in an angry skirmish between players from both teams at half-time.

That was the only time they showed any fight and the team with the league’s worst away record this term were breached again in the 46th minute.

Son surged forward and his pass found Kulusevski, who sent over a low cross that left the Everton defence flat-footed as Reguilon slotted home with his first touch after coming on at half-time.

Tottenham showed no mercy and, from Doherty’s diagonal cross, Kane volleyed the goal of the night with a superb strike from an acute angle in the 55th minute.