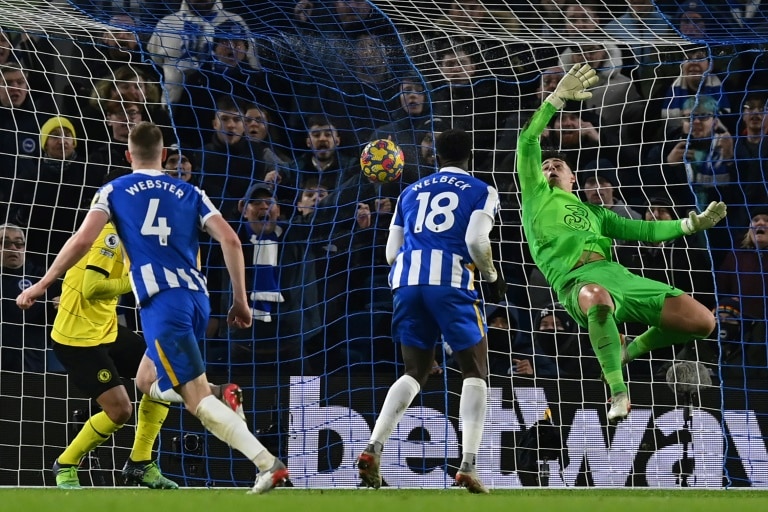 Chelsea manager Thomas Tuchel blamed fatigue for an alarming slump in form that continued with a 1-1 draw at Brighton on Tuesday.

The European champions have won just one of their last seven Premier League games to realistically end their title challenge and leave the third-placed Blues looking over their shoulder at the contenders for a top-four finish.

For the second meeting with the Seagulls in 20 days, Chelsea surrendered the lead.

The visitors went ahead through Hakim Ziyech’s snap shot which caught Robert Sanchez in the Brighton goal by surprise.

“You can see we are mentally and physically tired,” said Tuchel after his side’s 15th game since the start of December.

“We knew they were well prepared, they had more time and less games to prepare this match.”

Chelsea host Tottenham on Sunday in their final league game for nearly a month due to an international break and their commitments at the Club World Cup in February.

And Tuchel is hoping he will be able to give his squad the rest they need to come back stronger in the final months of the campaign.

“The boys need some days off, there is no other solution,” he added.

“In the moment it is difficult to be too harsh on our players because I know what is going on.”

Tuchel had been stinging in his criticism of record signing Romelu Lukaku after a 1-0 defeat at Manchester City on Saturday, but kept faith with the Belgian and Ziyech in attack as Timo Werner and Kai Havertz were again left on the bench.

But there was little to impress the German once more as Lukaku and Ziyech got into a heated discussion during the first half and both were replaced after the break.

Brighton have only won twice in their last 16 league games themselves, but once again just lacked the cutting edge to their impressive build-up play.

“I was really pleased and proud of the performance,” said Brighton boss Graham Potter.

“We could work the goalkeeper a bit more, but apart from that we had everything.”

After a bright opening, the hosts were hit with a sucker punch when Ziyech justified his inclusion with a powerful low effort that Sanchez should have done better to save down to his left.

Callum Hudson-Odoi wasted a great chance to double Chelsea’s lead just before the break when he was put through by Lukaku in one of the his few productive moments.

Brighton were again faster out of the blocks after half-time and Kepa Arrizabalaga did brilliantly to turn Alexis Mac Allister’s deflected shot onto the post.

But Chelsea’s reprieve did not last long as from the resulting corner, Webster was given a free run to power home from Mac Allister’s cross.

Lukaku had Chelsea’s one clear chance to retake the lead when Sanchez made amends for his earlier error by blocking the ball into the side-netting.

Chelsea’s record signing was then replaced as Tuchel turned to his compatriots Havertz and Werner for the final quarter.

The German international duo were just as ineffective as Brighton held out comfortably and could even have snatched all three points with more composure on the counter-attack.