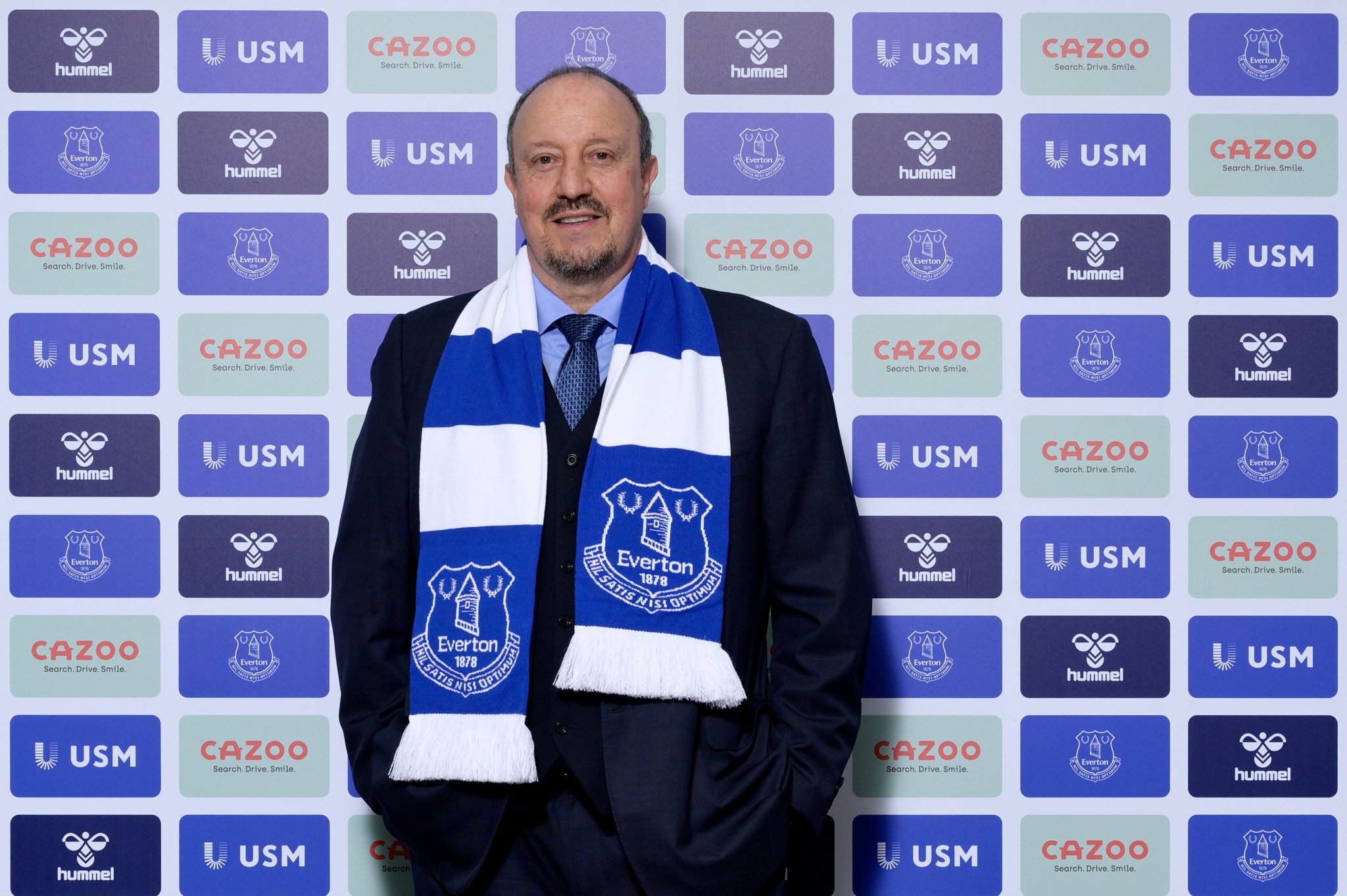 Everton confirmed the appointment of Rafael Benitez as their new manager on Wednesday despite fan protests against the Premier League club’s move for the former Liverpool boss. Benitez has agreed on a three-year contract with Everton and succeeds Carlo Ancelotti, who left Goodison Park to join Real Madrid at the start of June. The Spaniard is the first man to manage both Merseyside teams since William Edward Barclay in the 1890s. “I am delighted to be joining Everton,” said Benitez.

“Throughout this process, I have been greatly impressed by the ambition shown by the senior representatives at the club and their desire to bring success to this historic club.

“I believe this is a club that is going places. I’m determined to play a big part in helping this great club achieve its ambitions.”

Benitez’s appointment will antagonize a significant section of Everton’s fan base after he criticized the Toffees during his time at Liverpool.

Everton supporters’ animosity towards Benitez was raised above the usual level reserved for a Reds boss ever since his “small club” jibe after a 2007 Merseyside derby.

Benitez has since sought to clarify he was referring to what he believed was a “small-team” mentality from Everton in the game rather than as a club.

On Monday, police confirmed they were investigating the placing of a “threatening” banner with the words “We know where you live. Don’t sign” hung over a garden wall close to Benitez’s home, which is near Liverpool. Offensive banners have previously been put up at the stadium.

“Rafa impressed us greatly with his knowledge and experience but, above all, the passion and hunger he showed to join our club,” Moshiri said.

“We are appointing Rafa because we believe he will bring success to our club and to Evertonians.”

Former Wolves boss Nuno Espirito Santo was the early favorite to join Everton but he is now reported to be Tottenham’s latest choice in their prolonged managerial search.

Instead, it is Benitez who will run the gauntlet at Everton, with his first Premier League match in charge coming at home to Southampton on August 14.

Ancelotti was unable to secure qualification for Europe last season despite the prolific form of striker Dominic Calvert-Lewin and Benitez takes over a squad that needs improvement.

But he will be under pressure to make a fast start to win over Everton’s angry fans.

His first eagerly anticipated showdown with Liverpool is scheduled for November 30 at Goodison Park, while the Anfield meeting is in April next year.

The Everton job will be the fourth Premier League stint for Benitez, who had a rocky three-year stay at Newcastle that ended in 2019 before a spell in China.

The 61-year-old won the Europa League with Chelsea during his spell as interim boss in 2012/13 before joining Napoli.