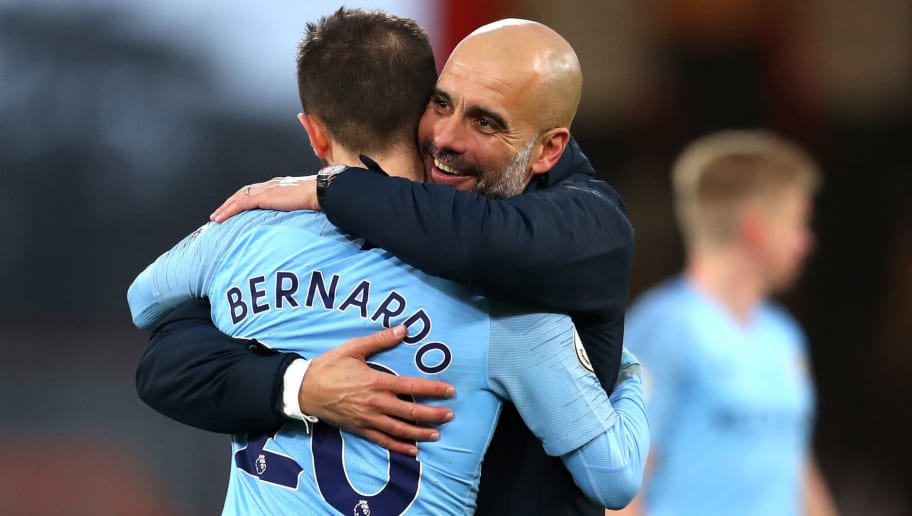 Leicester: Pep Guardiola insisted he was happy to have kept Bernardo Silva at Manchester City after the Portugal playmaker sealed a 1-0 win at Leicester on Saturday.

The 27-year-old was linked with a move away from the champions in the close season after Guardiola admitted he was concerned by his reduction in playing time last season.

But the transfer window closed with Silva still at the Etihad Stadium and City boss Guardiola has no problems with that.

“It’s not just the quality he played or the incredible runs or work ethic he has,” Guardiola said.

“We are happy he is here and in the future we will see what happens.

“He played really well in the last two games and today again. The connection with Jack (Grealish) and Joao (Cancelo) was brilliant.”

But Leicester, who have now won two and lost two of their opening four games, nearly stunned City twice early in the second half.

Barnes’ header hit the top of the bar from Jamie Vardy’s cross before Vardy had a goal correctly ruled out for offside after rounding Ederson.

City heeded the warning and found the winner after 62 minutes.

Ferran Torres had already gone close before Cancelo’s drive was blocked by Caglar Soyuncu, the ball falling into Silva’s path for the forward to grab his first goal of the season from close range.

“After an international break it is not one of the best places to come to play and we played really well. We created a lot, unfortunately we didn’t score more goals,” Guardiola said.

“We suffered sometimes because they defended deep and had the counter-attack. Kasper Schmeichel had the quality to put the balls in the right area. It was difficult, we knew it because always we suffer against Leicester.”

Leicester boss Brendan Rodgers insisted his side would not have been flattered by at least a point.

“I feel most disappointed for the players because I thought they deserved more from the game from the opportunities they had,” Rodgers said.

“In the moments we played through their pressure we looked a good side. We nearly got in with Barnes in the first half, in the second half we reinforced some tactical ideas to help us cope.

“We had good opportunities and then they get a little bit of luck with the ball falling to them.”