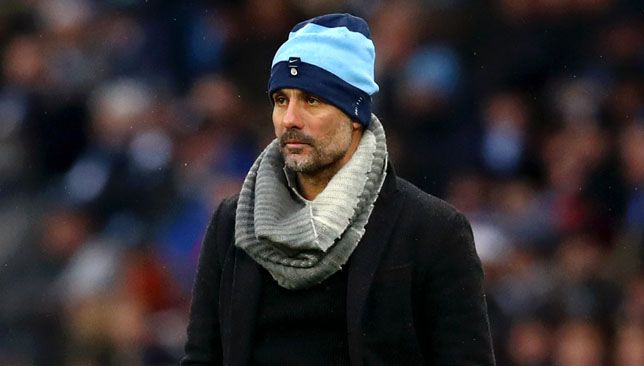 London: Pep Guardiola admits Manchester City will only make a move to sign Harry Kane if Tottenham are willing to negotiate over the England captain’s price tag.

Kane snubbed his scheduled return to pre-season training with Tottenham this week in a bid to force through a transfer to City.

The Tottenham striker went public with his desire to leave at the end of last season after growing frustrated with the team’s 13-year trophy drought.

Premier League champions City are Kane’s preferred destination and Guardiola did not hide his interest in the striker at a press conference on Friday.

And Guardiola made it clear Tottenham would have to bend on their reported asking price of £150 million ($208 million) before a deal could be done.

“He is a player for Tottenham Hotspur and if Tottenham don’t want to negotiate, it is finished,” Guardiola told reporters on Friday.

“If they’re willing to negotiate then I think Man City and many clubs in the world want to try to sign him. We are not an exception, but it depends on Tottenham.

“Harry is an exceptional, extraordinary striker. There are no doubts about that. Of course we are very interested.

“But he is a Tottenham player. If they don’t want to negotiate there is nothing more to say. If they want it, we will try.”

Regardless of whether they sign Kane, Grealish joining forces with City stars Kevin De Bruyne, Phil Foden, Raheem Sterling and Riyad Mahrez will be an intimidating sight for the champions’ title rivals.

Guardiola said City were able to make Grealish the most expensive English player ever after raising £60 million by selling several other players over the last 12 months.

“Jack can provide for the next years, the best years after making an exceptional contribution with Aston Villa. He can get to another level with us.

“We spent on him because he can spend the next six or seven years here and has incredible talent.”

While Guardiola has an embarrassment of riches at his disposal, he hinted that up to four players, including Portugal forward Bernardo Silva, were willing to leave City after growing frustrated at their lack of game-time last term.

Aymeric Laporte is another who could be unsettled by his reduced role and Guardiola would clearly benefit from a fresh influx of cash as he looks to land Kane.

“Not just Bernardo, there are two, three, four players who want to leave but they are our players under contract and when they bring some offers and want to leave, we are open to discuss for absolutely everything with all the players in the squad,” Guardiola said.

“But it depends on them and otherwise they continue to train and I decide if they play or don’t play.

“The situation all around the world is difficult so I think every club, every English club, can make only one big signing so you have to sell if you want to sign, otherwise it’s not possible.”