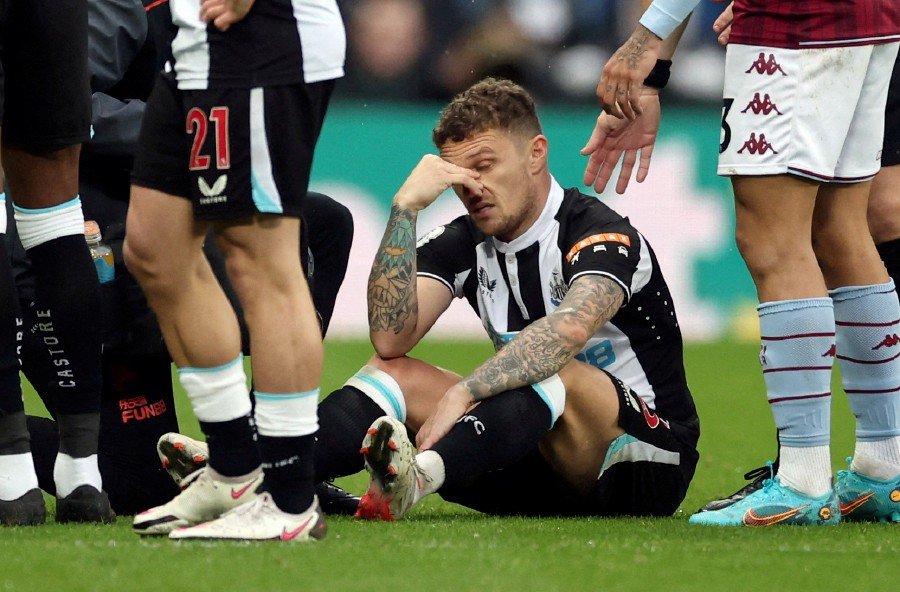 London: Newcastle defender Kieran Trippier faces a race to return before the end of the season after having surgery on his broken foot.

Trippier fractured the metatarsal in his left foot during Sunday’s 1-0 win against Aston Villa in the Premier League.

The 31-year-old England right-back had played a key role in Newcastle’s climb out of the relegation zone since his £12 million ($16 million) move from Atletico Madrid in January.

“He had his operation yesterday and that went well, so that was good news. I don’t know at this moment in time how long he’s going to be out,” Howe told reporters on Friday.

“We hope to have him back before the end of the season, but it’s obviously a significant injury, which is a big blow to us because he was performing so well.”

Trippier had scored in each of his last two league games, with Newcastle winning three in a row to move four points clear of the bottom three with a game in hand.

Howe acknowledged the former Tottenham star’s absence will be a major blow for Newcastle as they look to preserve their top-flight status.

“We hope to see him before the end of the season, but in terms of a definitive time, no. We’re going to have to see how his early rehab goes,” Howe said ahead of Saturday’s match at West Ham.

“As I said, the operation was a success, but it’s an opportunity now for someone else to step up in his place.

“But sadly, we’re going to miss his leadership skills on the pitch and everything that he was delivering for us.

“He’s scored two goals in the last two games which have been defining moments for us, but we’re confident we have enough quality in the squad to cover.”