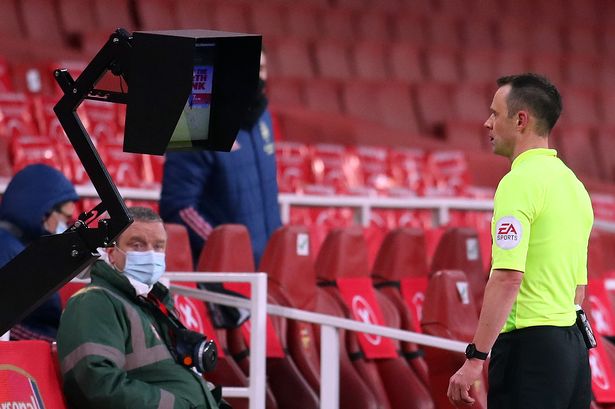 The Premier League is back and so is the entertainment. Maybe the fans, who are emotionally involved with the clubs, will not be entertained if things don’t work out in the way they expected and here, the fans are really, really demanding.

But for others, the league offers the best of sports entertainment every week till May next year.

The first match of the new season will see newcomers Brentford – 50th different club to play in the Premier League – taking on league giants Arsenal on Friday night. There’s a valid argument that Mikel Arteta’s Arsenal are not giants at the moment but come on, this is a team that has not been relegated from top-flight football since 1913.

Anyway, coming back to the new season, the most positive update is the return of fans. There is also a new set of VAR rules, which could turn out to be positive but let’s not count our chickens before blah…blah. There could be a four-way title race, unlike the previous two seasons. But it could also be decided in the coming days if Harry Kane makes his way into the Pep Guardiola team. Chelsea and Manchester United looked prepared even before they grabbed superstars like Jadon Sancho and Romelu Lukaku in the transfer window. Liverpool? They have Jurgen Klopp, a fit Virgil van Dijk and the league’s most destructive front three.

What are these new VAR rules?

The Premier League will use thicker lines in determining marginal offside decisions.

“We’ve introduced the benefit of the doubt for the attacking player so where we have a really close offside situation, we will follow the same process as last year but now apply thicker broadcast lines.

“Effectively what we have done is given back 20 goals to the game that were deemed offside last season by using quite forensic scrutiny. So, it’s the toenails, the noses of players that were offside – they won’t be offside now.”

Premier League teams will appreciate the change but there’s no clarity on how thick the line will be while judging offside decisions so there’s a scope for controversy.

Last season saw referees awarding 125 penalties, the highest so far. This season the PGMOL has decided that mere contact in the box will not be enough for a penalty decision. It has to be a proper foul. Again, this is left on the referee’s wisdom and how he sees the contact.

Overall, there’s some clarity on VAR rules but it doesn’t mean we’ll not witness any VAR-related drama in the season.

Pep Guardiola already had a brilliant team and he added Jack Grealish to the mix. There’s a real possibility of bringing in Kane as well in this transfer window. Even without Kane, City are favourites to clinch the trophy but there will be a strong challenge from at least one team. While Liverpool and Manchester United can make the race interesting, the real fight could be between City and Champions League and Super Cup winners Chelsea.

Thomas Tuchel took charge from Frank Lampard in January and the German turned around the fortunes. The quality was always there in Chelsea but Lampard couldn’t beat the inconsistency. Tuchel’s impact was instant as the team looked set for a top-four finish along with making it to the final of FA Cup and Champions League. Although they lost the FA Cup final against Leicester, Tuchel and his team ended the season by winning the Champions League trophy, beating Guardiola’s City in the final.

Despite having the likes of Timo Werner, Kai Havertz, Tammy Abraham and Olivier Giroud, the players didn’t impress in front of the goal. Last season’s top scorer in the Premier League was Jorginho, who netted seven goals.

Tuchel wants to fill the gap with the help of Lukaku this season. For now, it certainly looks like a great signing. Lukaku has shown great form with Inter Milan and he’s not new to the world of Premier League. A 20-goal player will make a huge difference.

After finishing second last season, Ole Gunnar Solskjaer has his sights set on a Premier League title and has a real shot at it. As always, it will not be an easy task but Solskjaer has the talent and the depth at his disposal.

Sancho’s arrival from Dortmund is a big boost for the team. He brings the goals as well assists, his inclusion in the 2018-19 and 2019-20 Bundesliga team of the year is a testament to his tremendous talent. He has also played in the big games at the Champions League.

Carlo Ancelotti didn’t do particularly well with Everton in his brief tenure but he has left the team to join Real Madrid. The move wasn’t expected but the bigger shock was the appointment of a former Liverpool manager who became a legend at the club as the new boss of Everton.

The animosity between both Merseyside clubs is obvious but more than that Benitez needs to win the challenge of rebuilding the team. The competition in the top half of the table will be fierce and the manager has to satisfy the club’s European ambitions. There’s no doubt about Benitez’ tactical nous and he did really well with his last Premier League team Newcastle United despite many problems surrounding the team.

But goals and ambitions of Everton are different. Can Benitez push his side to European place at the end of season? That will be an interesting watch.

What else to look out for?

The fans inside the stadium. This could prove to be a big advantage for teams like Liverpool who take a lot of inspiration from the special Anfield atmosphere. Klopp’s team meekly surrendered the 68-game unbeaten run at their home last season but the streak could start all over again.