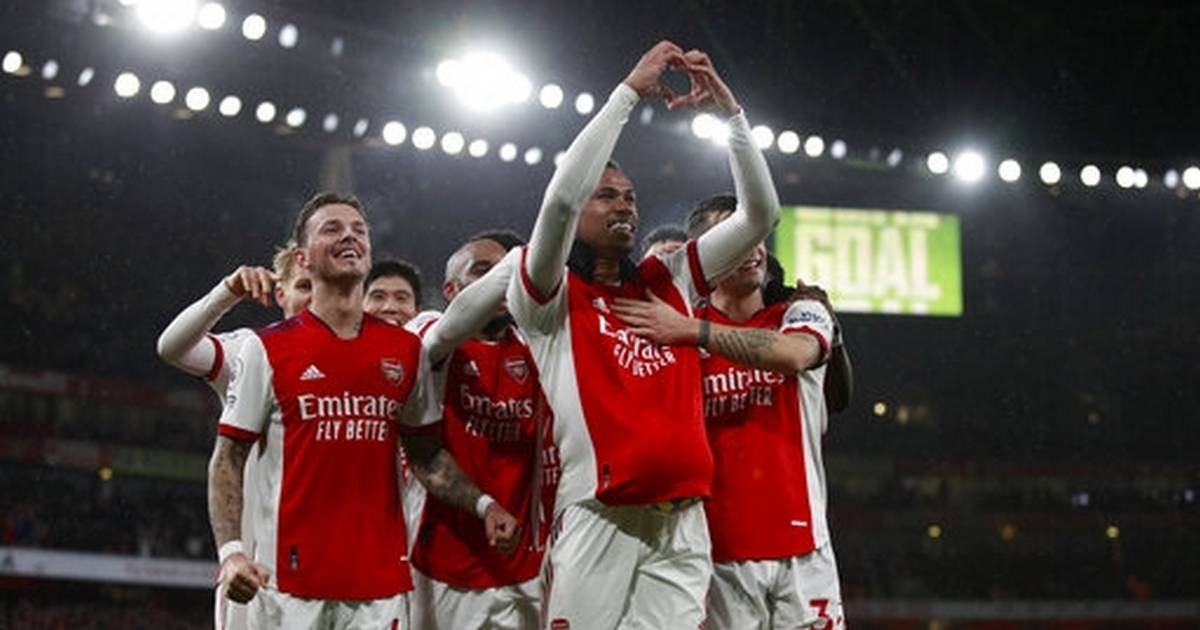 A look at what’s happening in European football on Sunday with the Premier League the only major competition in action with its Boxing Day program:

Aston Villa manager Steven Gerrard will be absent while self-isolating after testing positive for the coronavirus having seen an outbreak in the squad lead to last weekend’s game against Burnley being postponed. Romelu Lukaku and Callum Hudson-Odoi can return for Chelsea. The forwards were two of the eight Chelsea players out with COVID-19 but they are back in training. Defender Andreas Christensen is also in contention after a back injury. The Blues were angry their match at Wolverhampton last weekend, which they drew 0-0, was not postponed like six other Premier League games were. Thomas Tuchel’s team have slipped to six points behind leaders Manchester City in third place after drawing their last two games.

Striker Danny Welbeck is poised to end a three-month injury absence for Brighton. Midfielder Pascal Gross and forward Neal Maupay are also expected to be available after missing Brighton’s loss to Wolverhampton but defender Lewis Dunk is out. Adam Webster has returned to training after injury and could be in contention and another defender, Shane Duffy, returns after serving a one-match ban but midfielder Yves Bissouma is suspended.

Brentford striker Ivan Toney is pushing for a starting spot having returned to action against Chelsea in the midweek League Cup loss after a spell out with COVID-19 . The Bees have not played in the Premier League for two weeks after matches against Manchester United and Southampton were postponed.

Jack Grealish and Phil Foden could return for leaders Manchester City after being left on the bench at Newcastle last week for disciplinary breaches. Defender Kyle Walker will hope to return after a fitness issue while forward Ferran Torres, currently sidelined with a broken foot, looks to have played his final game for the club as he nears a move to Barcelona.

Leicester manager Brendan Rodgers is hoping his players will bounce back quickly from losing on penalties to Liverpool in the quarterfinals of the League Cup. More injuries were sustained in the process — striker Jamie Vardy played the last 20 minutes with a tight hamstring while defenders Caglar Soyuncu and Ricardo Pereira were forced off — which does not make the task any easier against the champions.

Leicester have a decent recent record against City, with two wins in the last four meetings. But after two successive fifth-placed finishes, Rodgers’ FA Cup winners have lacked their usual spark this season, winning just six of their 16 Premier League matches to sit in ninth approaching the midway point.

Norwich manager Dean Smith is again dealing with coronavirus concerns, with the last-placed club waiting on PCR results to determine who will be available having seen the previous game at West Ham called off. Milot Rashica (groin) is not yet back in contention, while Mathias Normann (pelvis) is set for an extended spell on the sidelines.

Arsenal are expected to be without forward Pierre-Emerick Aubameyang for a fifth consecutive match following recent internal disciplinary action. Sead Kolasinac (ankle) is also absent while Pablo Mari, Calum Chambers and Albert Sambi Lokonga have all tested positive for COVID-19 in recent days.

Arsenal strikers Alexandre Lacazette and Eddie Nketiah, who have scored nine goals between them this season, are out of contract next summer and free to talk to overseas clubs in January.

Arsenal travel to Norwich in fourth place with Emile Smith Rowe their leading scorer this season with eight goals in all competitions.

Tottenham manager Antonio Conte has no new injury concerns, although Ryan Sessegnon misses out again with a muscular problem.

Crystal Palace will be without James McArthur due to a hamstring injury. The south London club has not played for 10 days after last weekend’s match at Watford was postponed due to the opposition dealing with a coronavirus outbreak and now Palace has infections in the squad.

Tottenham are in seventh place, six points behind fourth-place Arsenal but with three games in hand, while Palace is 11th.

West Ham are set to be without Michail Antonio after he tested positive for coronavirus . Aaron Cresswell (ribs) remains doubtful while Vladimir Coufal serves a one-game ban for his recent dismissal at Arsenal.

Southampton manager Ralph Hasenhuttl has a decision to make over his goalkeeper after Fraser Forster returned to training, with Willy Caballero deputising in the last two games. Stuart Armstrong, Che Adams and Adam Armstrong have recovered from recent injuries so are back in contention.

Three of the nine matches scheduled for Sunday were postponed due to coronavirus outbreaks: Burnley vs. Everton, Liverpool vs. Leeds and Wolverhampton vs. Watford.