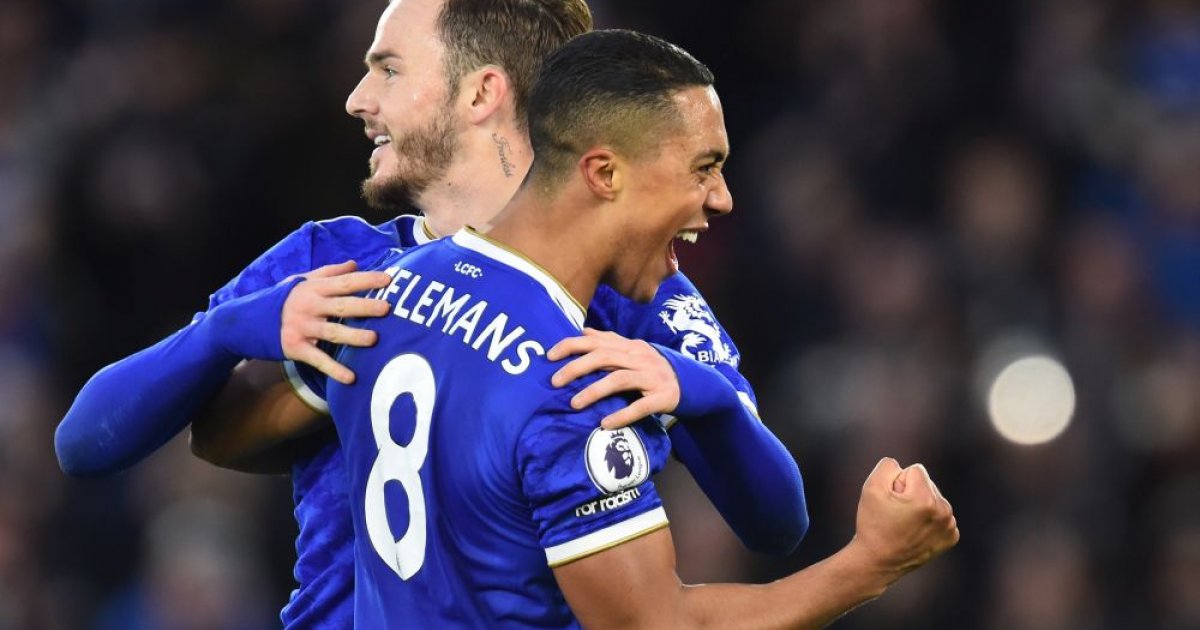 London: Leicester left Newcastle still rooted in the Premier League relegation zone with a 4-0 victory, while Crystal Palace’s 3-1 win against slumping Everton piled the pressure on Rafael Benitez on Sunday.

Despite being hit by a coronavirus outbreak that left Brendan Rodgers without seven players, the Foxes gave Eddie Howe another reminder of the task he faces to keep Newcastle in the top flight as Youri Tielemans struck twice at the King Power.

Howe will be able to call on the resources of the Saudi sovereign wealth fund in the January transfer window and results elsewhere this weekend mean they remain just three points adrift of safety.

But Newcastle face Liverpool, Manchester City and Manchester United in their next three games and, on this form, will be lucky to escape that run without another severe hit to their goal difference.

Leicester had won just two of their previous nine games in all competitions and were dumped out of the Europa League by Napoli on Thursday.

However, they got the break they needed to edge in front before half-time when James Maddison engineered contact with Javier Manquillo to win a penalty.

With Jamie Vardy watching on from the bench, Tielemans took responsibility from the spot to open the scoring seven minutes before half-time.

Patson Daka’s form has seen him earn his spot ahead of Vardy in recent weeks in the Premier League and Zambian had the easiest of tasks to roll in his seventh goal of the season from Harvey Barnes’ unselfish pass to double Leicester’s lead.

Tielemans rounded off a fine team move for his second of the afternoon before Maddison’s fine finish compounded Newcastle’s pain five minutes from time.

Victory lifts Leicester to eighth and back in the fight for a place in the top four after they crashed out of the Europa League on Thursday.

“The players have been brilliant in a really challenging period with everything which has gone on. It was a real test of their mentality,” Rodgers said.

“We have game changers in the team and we have leaders. When you don’t make the mistakes we are a team who can defend well.”

At Selhurst Park, there was more misery for beleaguered Everton manager Benitez as his side lost for the seventh time in their last nine league games.

On-loan Chelsea midfielder Conor Gallagher put Palace ahead in the 41st minute with his fifth goal this season.

Everton winger Demarai Gray gave away possession on the edge of his area and Jordan Ayew was first to the loose ball, squaring for Gallagher to fire home.

Benitez, already disliked by Everton fans after his spell in charge of Merseyside rivals Liverpool, saw his plunging popularity dip even further in the second half when he was booed for sending on Salomon Rondon to replace Richarlison.

The mood grew even more toxic among Everton’s travelling fans after James Tomkins doubled Palace’s lead in the 61st minute.

Tomkins poked in from close range after Everton made a hash of clearing Will Hughes’ corner.

Rondon got one back with his first Everton goal in the 70th minute, the striker slotting home after Joel Ward deflected Abdoulaye Doucoure’s shot into his path.

“You cannot explain that all the time when the people are disappointed,” Benitez said of the angry Everton fans.

“It was a strange game. When we had control they scored. At the start of the second half another mistake from a corner. You cannot do that in the Premier League.”

West Ham’s Champions League ambitions were dented by a 0-0 draw at Burnley.

The Hammers have won just one of their last five league games as Nick Pope frustrated David Moyes’ men with a string of saves at Turf Moor.