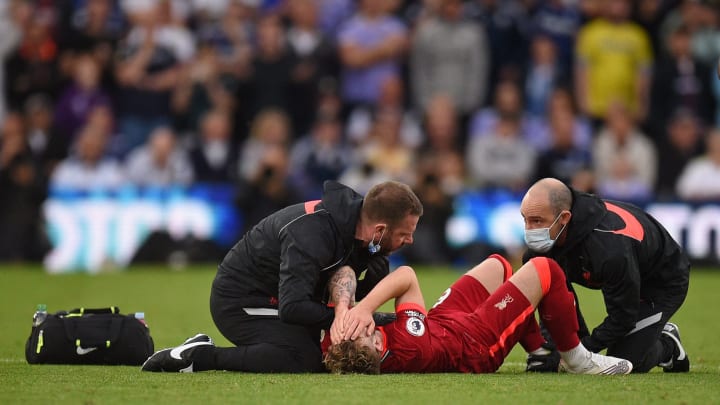 Liverpool: Leeds defender Pascal Struijk will have to serve a three-match ban following his red card for a challenge on Liverpool midfielder Harvey Elliott that left the teenager with a broken ankle.

Leeds said Wednesday the club have failed with their appeal against Struijk’s sending-off, which happened in the second half of Liverpool’s 3-0 win in the Premier League at Elland Road. Elliott required a lengthy period of treatment before being carried off on a stretcher, and underwent surgery on Tuesday.

“Sorry about this Pascal,” Elliott wrote. “I think it’s wrong! But it’ll soon blow over brother and you’ll be back in no time smashing it again. Keep positive.”

“The road to recovery starts now,” he said. “At the end of the storm there’s a golden sky.”

The 18-year-old Elliott has broken into the Liverpool team this season, starting the last three games in the Premier League.