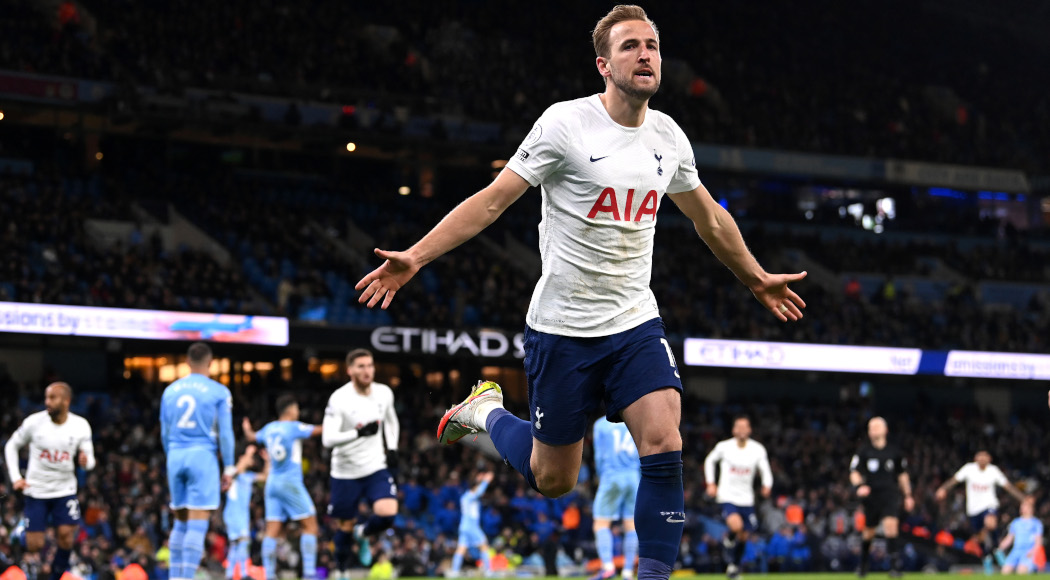 Manchester City’s failed pursuit of Harry Kane came back to haunt them as the England captain scored twice to secure Tottenham a stunning 3-2 win at the Etihad which blew the Premier League title race back open. Kane’s 95th-minute header, seconds after the hosts had levelled through Riyad Mahrez’s penalty, inflicted City’s first league defeat in 16 games. Liverpool can now close to within three points of the leaders should they win their game in hand at home to Leeds on Wednesday. “We didn’t need to lose a game to know how hard it is (to win the league),” said City boss Pep Guardiola. “There are many, many games still to play.”

The contrast in form between the sides could not have been starker as Tottenham had lost their previous three league games.

But Antonio Conte avoided losing four on the bounce for the first time in his managerial career thanks to a dogged defensive display enlightened by flashes of brilliance by Kane and Son Heung-min on the break.

“First of all I hate to lose,” said Conte. “Our reaction was important.

“This win will give us more confidence. It wasn’t simple to play Manchester City after three losses in a row.”

Had Kane had his way last summer, he would have been lining up in blue rather than Tottenham white.

He was City’s prime target to replace club record goalscorer Sergio Aguero, but it was Kane’s playmaking ability that caught the eye in the first half.

Conte claimed Tottenham had been weakened in the January transfer window in his latest withering take on the ability of his squad to Italian media this week.

Both of Spurs’ January signings Rodrigo Bentancur and Dejan Kulusevski started and it was the Swede who gave the visitors a dream start.

City took time to get going after a 5-0 rout at Sporting Lisbon in the Champions League in midweek, but their pressure finally told on 33 minutes thanks to an error from Spurs captain Hugo Lloris on his 400th appearance for the club.

For all City’s possession, Kane and Son were always a menace on the counter-attack and they combined to brilliant effect to put Tottenham back in front just before the hour mark.

Kane started the move inside his own half before racing forward to meet the South Korean’s cross with a cool finish for just his sixth league goal of the season.

Only a fine save from Ederson denied Kane a second moments later as again a Son pass split the City defence wide open.

Kane did have the ball in the net for a second time on 74 minutes when he swept home from Kulusevski’s cross with the aid of a deflection.

But in a role reversal of the dramatic scenes when City were denied a stoppage time winner in a Champions League quarter-final between the sides three years ago, this time VAR intervened to City’s benefit for offside against Kulusevski.

At the other end Lloris made amends for his earlier error with an incredible finger-tip stop to turn Gundogan’s goalbound effort behind.

City thought they had at least snatched a point when another VAR check saw a penalty awarded for handball by Cristian Romero and Mahrez fired high past Lloris.

But there was one final twist in the tale as Kulusevski’s teasing cross was met with a towering header by Kane for a winner that gives Spurs’ ambitions of qualifying for next season’s Champions League new life.

“To get the result we did was really, really special,” said Kane.

“We have high standards of ourselves and we’ve got ourselves in a position where we can really fight for the top four.”

Conte’s men move up to seventh and close to within four points of fourth-placed Manchester United with two games in hand to come.