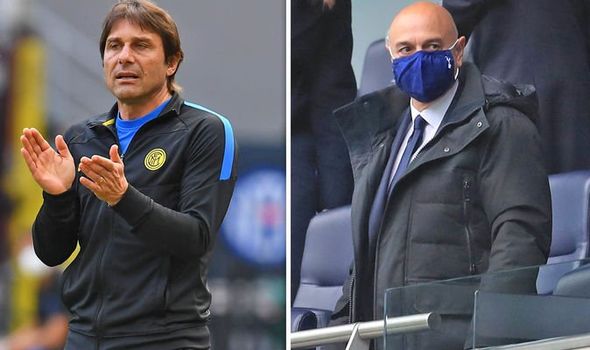 London: Tottenham manager Antonio Conte insists his relationship with chairman Daniel Levy will not be damaged by people trying to “create problems” after his controversial comments about the club’s transfer policy.

Conte also admitted it will take time for Levy’s policy of focusing on younger players to pay off.

But, with the club asking him not to do any more interviews with Italian media, Conte tried to smooth over the row on Friday.

Adamant he does not need to use the press to give Levy his thoughts, Conte told reporters: “I don’t understand why someone wants to try to create a problem with me.

“I read stories in the past about this club and it creates a problem with the coach and the chairman and the club.

“Sorry but I was a bit disturbed by this situation, especially because I had an interview with the Italian media.

“It means the club now doesn’t want me to speak to Italian media because the translation was not so clear with my thoughts.”

Conte was sacked by Chelsea after two seasons, despite winning the Premier League title and FA Cup, after falling out with the club over his outspoken views on their signings.

Amid fears he is heading for a similar fate across London at Tottenham, Conte attempted to clarify his position on Levy’s wheeling and dealing.

“During the interview after the transfer window, after January ended, they asked me about the club, if I was happy, and I said the club did the best that the club could do,” he said.

“If I had 20 players and now I have 18 players numerically, you can be a bit weaker. Numerically. Then I said also with Kulusevski and Rodrigo Bentancur, as a squad we are more complete. I think I was very clear.”

Tottenham, in eighth place, have lost their last three league games to dent their bid for a top-four finish, with Saturday’s trip to leaders Manchester City hardly offering light at the end of the tunnel for Conte.

Asked if he was still happy at Tottenham following his appointment in November, Conte refused to look beyond this season.

“Then we have four months at the end of this season and we have to try to do our best to finish in the best place possible in this league. And then we’ll see.”