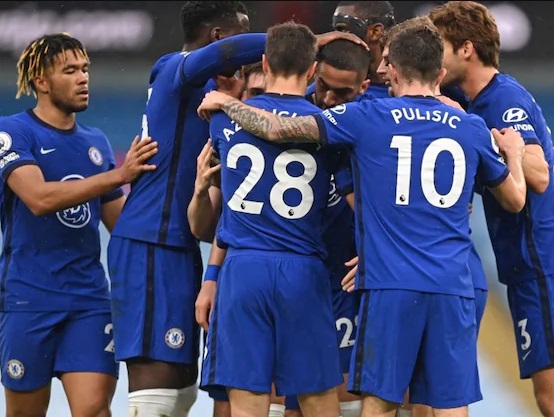 Chelsea and Leicester have been fined 22,500 pounds ($31,872) by the Football Association after an ugly brawl between the teams at the end of their fiery Premier League clash. Thomas Tuchel’s side won 2-1 in a match that played a key role in the Blues finishing above Leicester in the Premier League’s top four. Tensions were running high because Chelsea players were angered by Leicester’s exuberant celebrations following their victory when the teams met in the FA Cup final just days earlier. Leicester’s Daniel Amartey was seen stamping on a Chelsea pennant in the dressing room party at Wembley.

Emotions boiled over towards the end of the Premier League showdown at Stamford Bridge on May 18.

A tackle by Foxes full-back Ricardo Pereira on Ben Chilwell sparked a fight between players and staff from both sides. The clubs were charged with a breach of FA rules last month.

“Chelsea FC and Leicester City FC have been fined 22,500 pounds each after admitting a breach of FA Rule E20.1 following their Premier League fixture on Tuesday 18 May 2021,” an FA spokesperson said.

“Both clubs admitted that they failed to ensure their players and club officials conducted themselves in an orderly fashion and refrained from provocative behaviour during the 93rd minute of the fixture.”

Chelsea eventually finished in fourth place, one point above Leicester, denying the Foxes a berth in next season’s Champions League.

The Blues went on to win this season’s Champions League, beating Manchester City 1-0 in the final in Porto on Saturday.