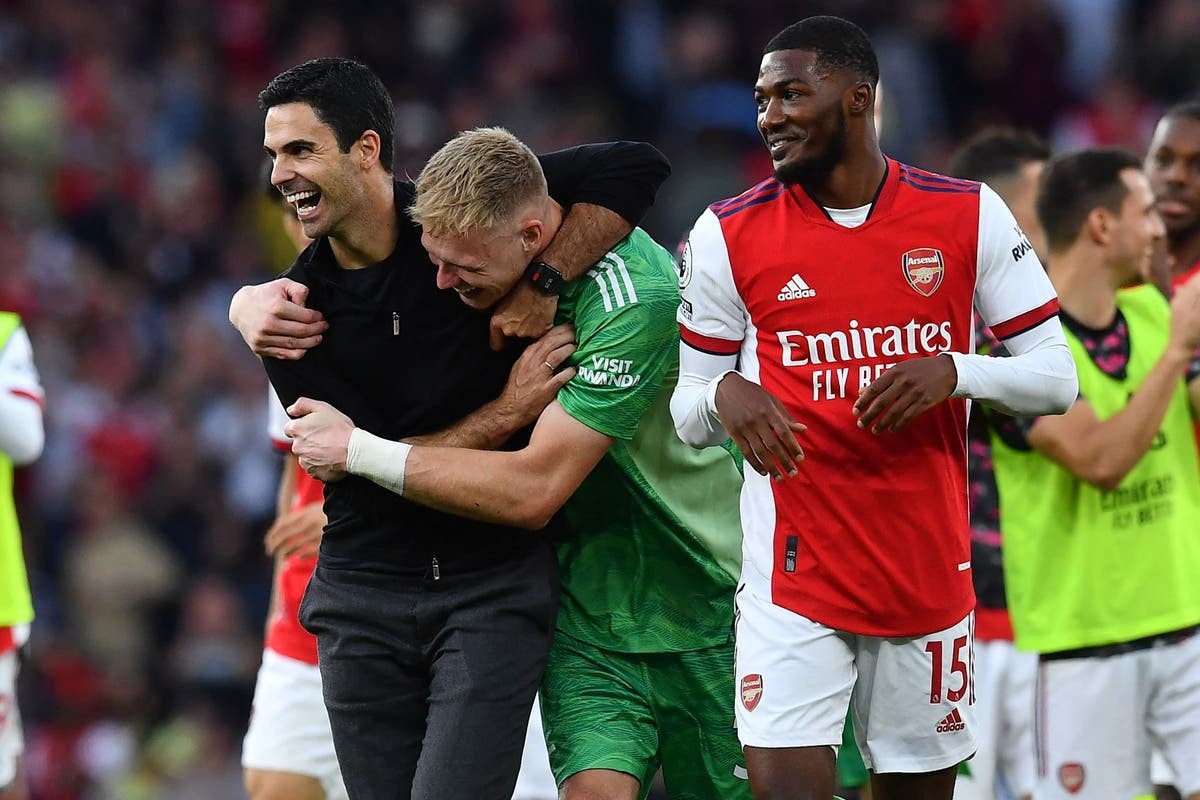 London: Mikel Arteta called on Arsenal to consistently match the “special” levels they showed in blowing Tottenham away in the first-half of a 3-1 win on Sunday to move above their north London rivals in the Premier League table.

Just three weeks ago Spurs sat top and Arsenal bottom after their worst start to a league season for 67 years.

However, the Gunners have been rejuvenated by six summer signings and the return to fitness of a number of key players.

Son Heung-min pulled a goal back for the visitors 11 minutes from time, but it was too little, too late for Nuno Espirito Santo’s men.

“It’s a special day. Today is one example of what we want to do, but we have to be consistent,” said Arteta.

“This win is for the fans. They were there when we needed their support.”

Arsenal climb to 10th ahead of Spurs on goal difference with both sides on nine points from six games.

However, they are going in opposite directions with Tottenham losing their last three league games by a combined score of 9-1.

“We lost complete control in the first half. We got smashed,” said Spurs captain Hugo Lloris.

“When you concede three goals in each of the last three league games you cannot hide the problems.”

The last time the north London derby took place in front of a full crowd, Unai Emery and Mauricio Pochettino were still in charge of the sides.

Both clubs have had little reason to celebrate in the two years since.

But there are encouraging signs for Arsenal that the decision to invest heavily in youth during the transfer window is beginning to pay off.

The Gunners spent more than any other Premier League club over the summer, investing £150 million in players aged between 21 and 23, despite failing to qualify for European football for the first time in 25 years.

‘Best day of my life’

Four of the new faces started with all 11 of the starting line-up either signed in the two years since Arteta was appointed or handed a contract extension in that time.

Saka and Smith Rowe are two of those to have committed their long-term future to the club where they came through the ranks and were the stars of a first 45 minutes that sent the Emirates into raptures.

The England under-21 international was allowed a huge amount of space to amble into the box and slot home Saka’s cross.

The hosts rampaged through Spurs with ease for a brilliant second goal in a move reminiscent of Arsenal’s glory days under Arsene Wenger.

Aaron Ramsdale, Granit Xhaka and Kieran Tierney were all involved before Aubameyang flicked a pass through for Smith Rowe to charge in on the Spurs goal and he had the presence to turn back and pick out his captain for a cool finish.

Harry Kane’s day was summed up in his part for the third goal as he found himself back in his own box trying to make a tackle only for the ball to break kindly for Saka to sweep the ball past Lloris.

Kane’s frustrating day continued into the second-half as he prodded wide with just Ramsdale to beat before seeing strong appeals for a penalty waived away for a challenge by Ben White.

The England captain is still to score in the Premier League this season after Tottenham refused to relent to Manchester City’s interest.

Spurs have only scored four goals in total in their opening six games, but Son has three of them as his shot from Sergio Reguilon’s cross had too much power for Ramsdale.