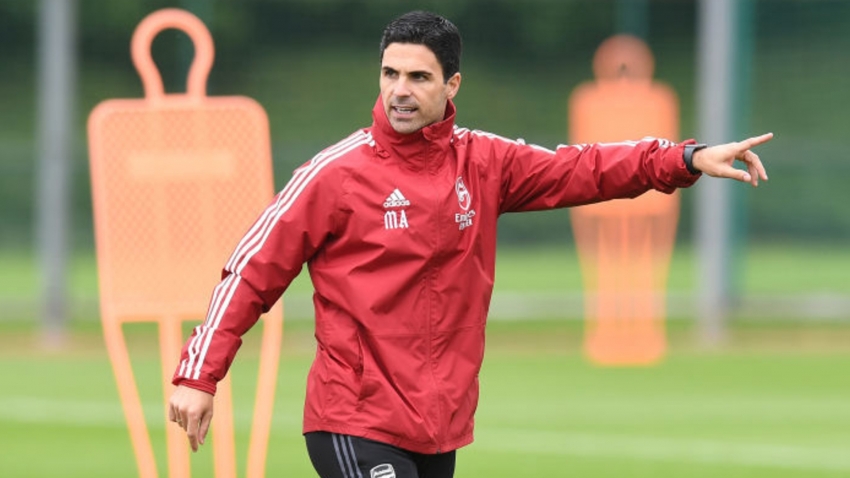 London: Arsenal manager Mikel Arteta said he sees a bright future for the club despite suffering their worst start to a season for 67 years.

The Gunners climbed off the bottom of the Premier League table with their first goal and first points of the campaign by beating Norwich 1-0 last weekend.

However, Arteta’s position is still under scrutiny ahead of Saturday’s trip to Burnley after spending £150 million ($207 million) on new players during the transfer window.

The Spaniard claimed after beating Norwich he had enjoyed the “best 10 days of his career in this industry” during an international break when his side were rock bottom of the table.

And Arteta was equally optimistic on where Arsenal are headed with all six of his summer signings aged 23 or under.

“I’m telling you I’m very positive most of the time. I’ve seen the light and I can see bright lights,” he said at his pre-match press conference on Thursday.

“There can be bumps in the road within that light, but I can see a lot of light.”

Arteta is also hopeful the criticism his squad suffered after defeats to Brentford, Chelsea and Manchester City will only serve to make them stronger.

“It’s tough because it hurts, because you want to see something different. But what you want is not always what happens,” he added.

“Things happen for a reason and maybe what is happening had to happen and it’s going to be really good for the club and really good for myself and everybody experiencing that situation. We have to believe that.”