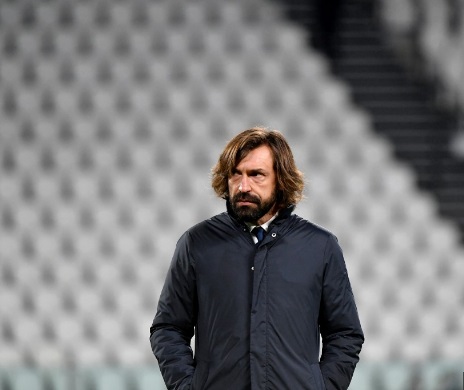 (Reuters) – Juventus coach Andrea Pirlo says there is a positive atmosphere at the club despite the quick collapse of the planned Super League and insists he has no concerns about the threat of a Champions League ban.

The Italian champions were one of 12 clubs to join the breakaway league on Sunday, but it fell apart within three days as eight clubs withdrew following a fierce public backlash.

Juve chairman Andrea Agnelli was one of the masterminds behind the project and has since faced calls to resign, but Pirlo insists the mood in the camp is good.

“Agnelli is calm, it is normal that he has been talked about a lot during this period. He brings great enthusiasm every day when he comes to the pitch and we are relaxed,” Pirlo told a news conference.

“The atmosphere is positive, that of a team that wants to finish the season well.”

UEFA president Aleksander Ceferin warned that the 12 clubs involved in the Super League “will have to suffer the consequences for their actions,” but Pirlo said he did not fear a potential Champions League ban.

“We are not afraid of this, we are calm and focused on what we must do. We are calm about what UEFA will decide,” he said.

A top-four finish required for Champions League qualification is by no means guaranteed for Pirlo’s side, however. They sit fourth in the Serie A table ahead of their league game against 13th-placed Fiorentina on Sunday.

The Old Lady suffered their first league defeat of the season against Fiorentina in December with a shock 3-0 defeat in Turin, which came after Juan Cuadrado’s 18th-minute red card.

“We have a single objective in mind, which is to qualify for the Champions League,” said Pirlo.

“We are facing a team that is fighting to stay up, but we are keeping in mind the last time we played them, which was our first defeat, with almost the whole game down to 10 men.

“We have a great spirit of revenge against a team that is a historic rival. It will be a good match and we are hoping to get a result.”