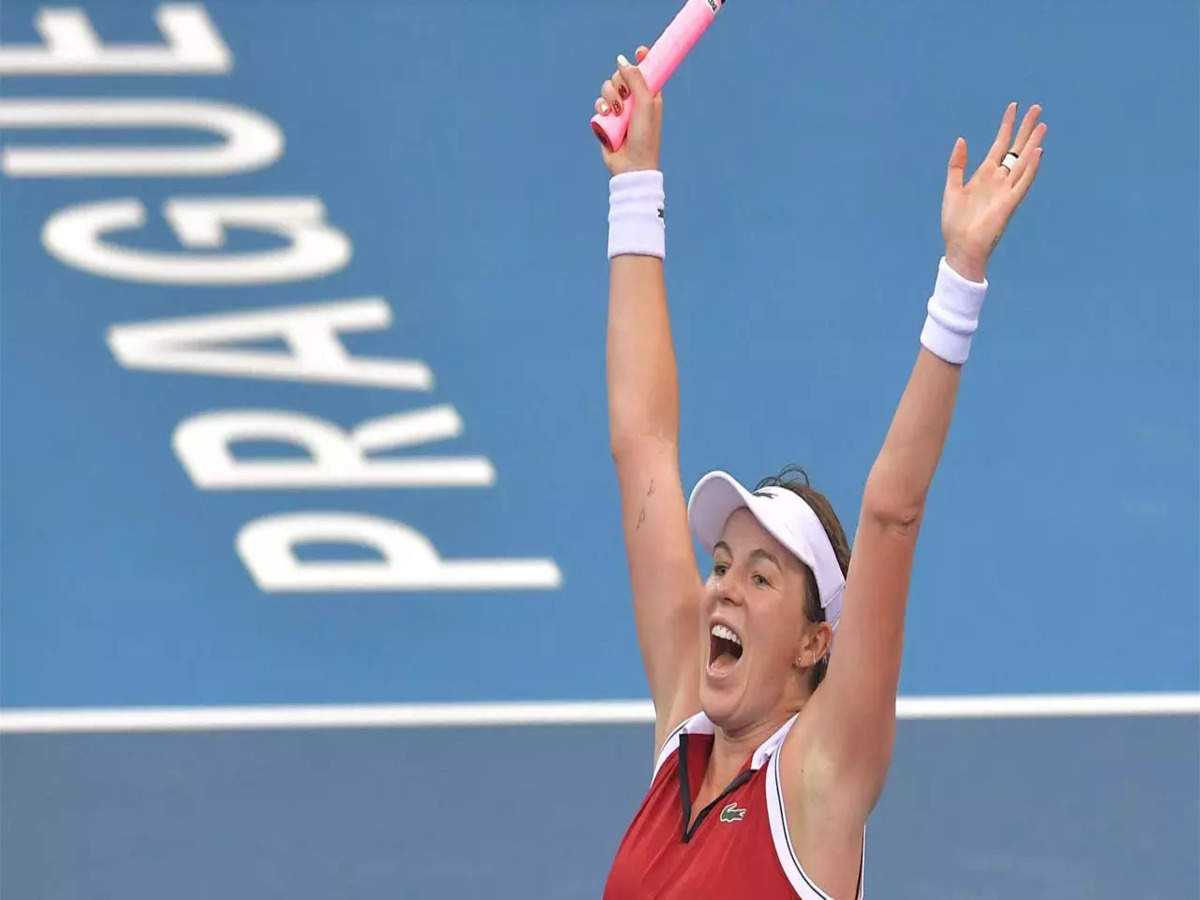 Anastasia Pavlyuchenkova rallied from a set down to beat Alize Cornet on Wednesday to help the Russian Tennis Federation oust defending champions France and reach the Billie Jean King Cup semifinals for the first time since 2015.

The RTF team, whose five players in Prague are ranked inside the world’s top 40, needed to win just one match in their second-round robin tie in Group A after blanking the Canadians 3-0 in Tuesday’s opener.

Ekaterina Alexandrova lost the first rubber to Clara Burel leaving Pavlyuchenkova, the highest-ranked among the Russian side at 12th, needing to win her match against the 59th-ranked Cornet to avoid leaving their fate hanging till the doubles.

Cornet showed a lot of heart against the big-hitting Russian to win the opening set, but Pavlyuchenkova found an extra gear and some more power to edge the gruelling contest 5-7, 6-4, 6-2 in two hours and 23 minutes.

Pavlyuchenkova broke Cornet’s serve three times in the deciding set and converted her first match point with an immaculate drop volley before breaking into a jig with her teammates on the court.

Under the tournament’s new format, 12 teams have been split into four groups of round-robin play, and the group winners progress to Friday’s semifinals, with the championship tie scheduled on Saturday.

France, who lost their opening tie against Canada 2-1, came into Wednesday’s contest trailing the Russians 6-3 in head-to-head meetings.

Alexandrova, ranked 45 places higher than world number 77 Burel, made a strong start in the opening singles rubber before the 20-year-old Frenchwoman launched an incredible fight back to win 3-6, 6-4, 6-3.

Making her singles debut for the 2019 champions, Burel won six consecutive games between the end of the second set and the third set as Alexandrova’s unforced errors went up.

The Russians, who won the former Fed Cup four times between 2004-2008, will meet the winners of Group C, comprising 18-time winners -the United States, Spain and Slovakia, on Friday.

Slovakia is leading the group, but the positions will be clear after Spain’s tie against the United States in the evening session on Wednesday.