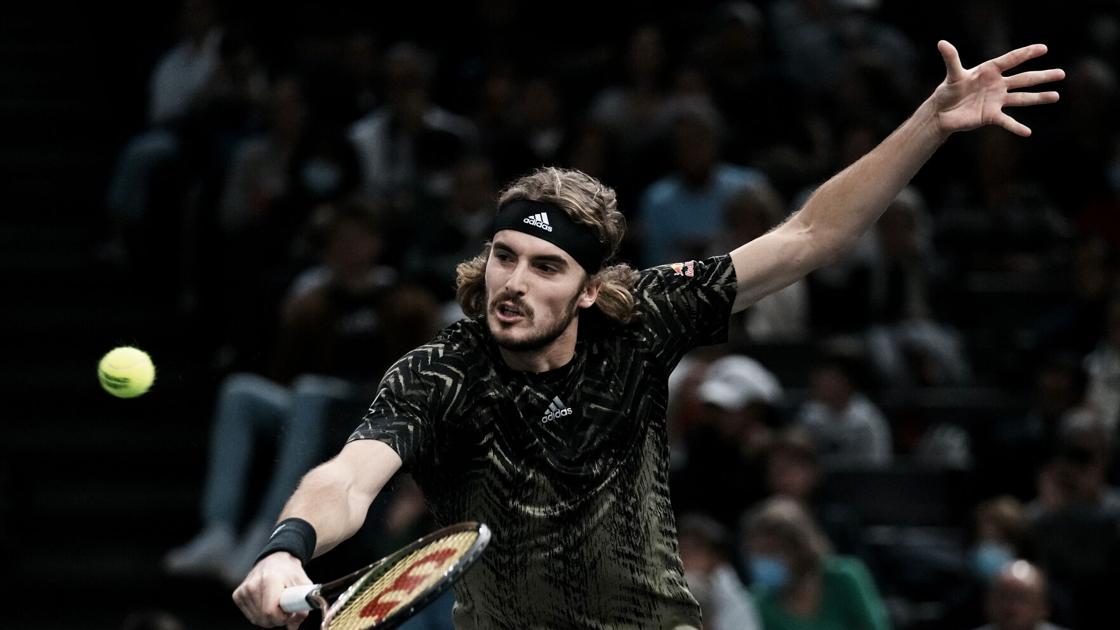 An injured Stefanos Tsitsipas retired from his second-round match at the Paris Masters while trailing 4-2 against Australian opponent Alexei Popyrin on Wednesday.

The third-seeded Greek leads the ATP Tour with 55 wins this year and was playing his 73rd singles match. However, his form has declined since he reached the French Open final, losing in the third round of the U.S. Open in September and in the second round in Vienna last week.

“I haven’t retired once in my life, and it was something that I had to do today,” Tsitsipas said. “Also I’m trying to be precautious for the next tournament, which is the most important one for me.”

Tsitipas has qualified for the season-ending ATP Finals, an eight-man tournament that starts on Nov. 14. He declined to say what was bothering him on Wednesday but he clutched his right arm several times during the match.

“I have had an issue there for quite a while now,” Tsitsipas said. “It has gotten bigger in the last couple of weeks, so I’m just trying to protect it. I felt the pain playing in the match, and I just don’t want for it to get worse than it is now.”

Fritz broke his Russian opponent in the final game of the first set and then saved a break point at 1-1 in the second.

The American, ranked 26th in the world, has been playing well in recent weeks. He beat Alexander Zverev in the quarterfinals at Indian Wells last month and reached the final of the St. Petersburg Open last week. Rublev defeated Fritz 6-3, 6-1 in Dubai earlier this year.

Felix Auger-Aliassime and Pablo Carreno Busta both dropped out of contention for the ATP Finals by losing in the second round, but seventh-seeded Hubert Hurkacz and No. 10 Cameron Norrie stayed in the race with victories.

Koepfer, who saved seven match points against Andy Murray in the previous round, broke Auger-Aliassime twice in each set, winning seven straight games to take a 3-0 lead in the second.

“Very disappointing. I should have done much better,” Auger-Aliassime said. “He played very well, but I fought against myself at some times.”